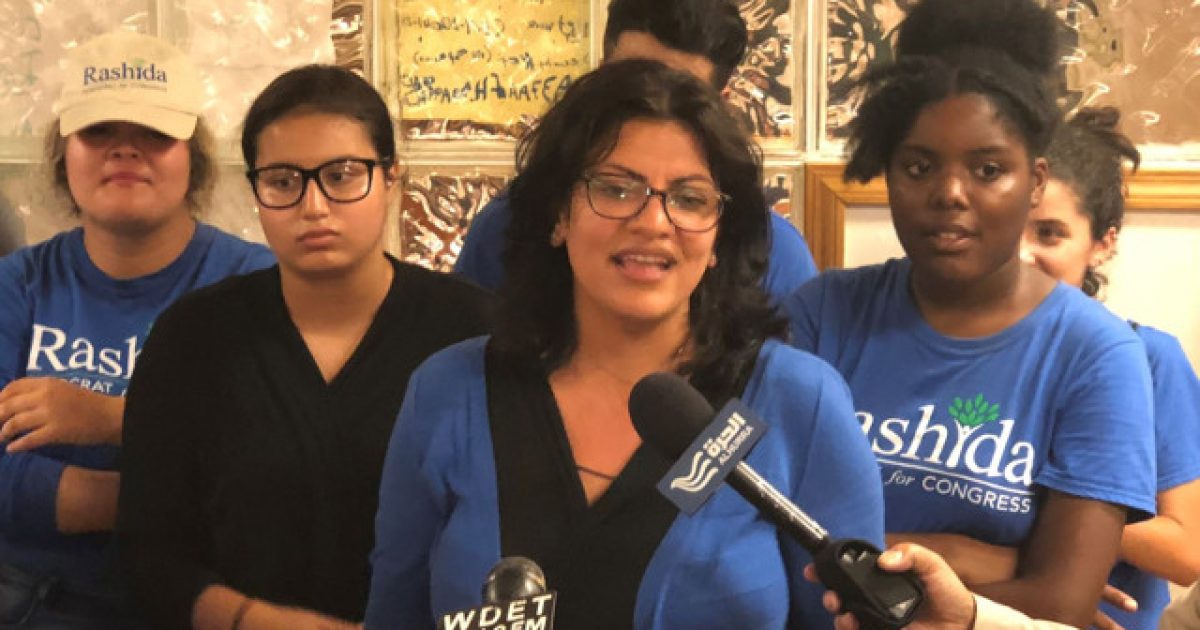 Rep. Rashida Tlaib, member of the infamous “Squad,” is not allowing the current impeachment inquiry and subsequent craze to pass her by without taking full advantage of it as a means of raising some funds for herself using the rather crass slogan, “impeach the motherf*****.”

Thursday afternoon, Tlaib led a pro-impeachment rally at the Capitol, according to Fox News, urging the crowd to shout out her profane slur for the president by shouting, “We are ready to impeach…” to which the crowd responds, “the motherf*****!”

At pro impeachment rally at capitol, Dem MI Rep Tlaib reprised her viral video from earlier this year where she used profane language directed toward the President regarding impeachment. Tlaib says to the crowd:
“We are ready to impeach….” Crowd responds: “the m—– f—–!"

RedState noticed that Tlaib was also making money off the phrase, reporting that the congresswoman was using Democratic fundraising site ActBlue to sell t-shirts bearing the branded line to support her re-election campaign.

All of this got started on Tuesday, when House Speaker Nancy Pelosi made a formal announcement that an impeachment inquiry into the president would proceed shortly, after months of pressure from folks like Tlaib within Congress.

Tlaib coined her now infamous “impeach” phrase at a MoveOn event, which soon became a rallying cry for progressives and has now become a lucrative means of making money.