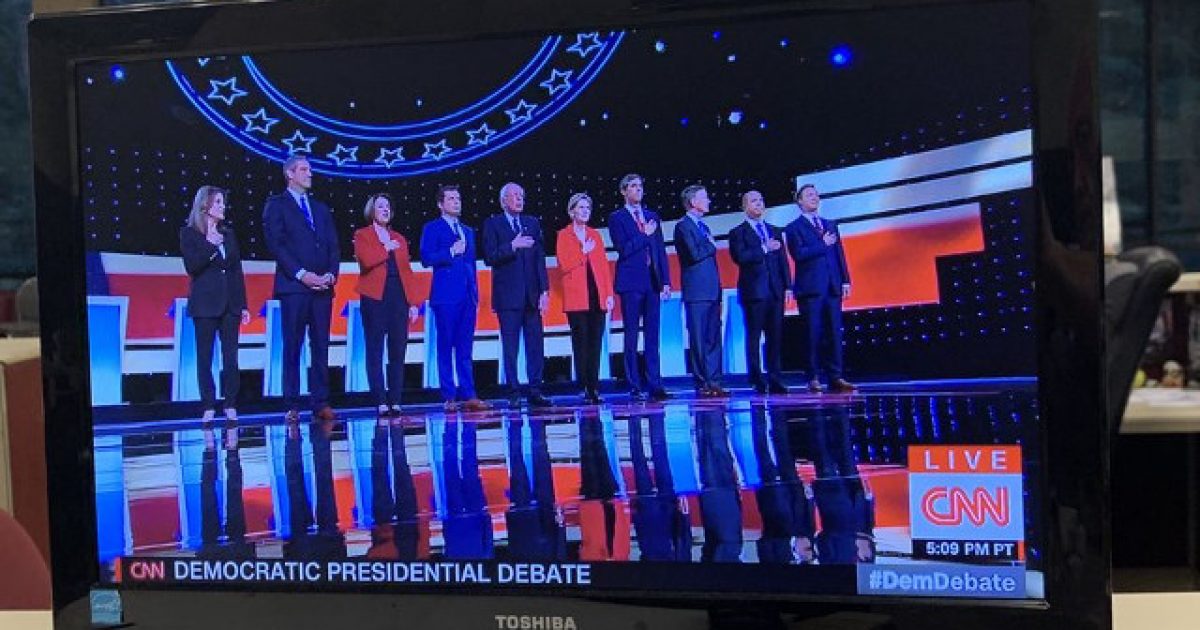 Tuesday evening was the second Democratic presidential debate and aside from the politically wacky chit-chat that clearly illustrated progressivism is a mental disorder, the most talked about moment of the night was the fact Rep. Tim Ryan of Ohio didn’t put his hand over his heart during the “Star-Spangled Banner.”

Is it really a surprise that a liberal would dare to disrespect our country, the principles it stands for, and the blood of those who gave their lives to both create and defend it? That’s something that’s been par for the course as of late.

Mr. Ryan’s opening statement did not mention the act, and he tried to downplay ideology, saying the choice in the election was not about the labels of right and left.

Mr. Ryan, who challenged Nancy Pelosi for the House speakership, frequently criticizes the party as having drifted too far to the left.

“The Star-Spangled Banner” was performed by a choir and the U.S. colors were presented.

This is truly a sad state of affairs. Thanks to folks like former quarterback Colin Kaepernick, it’s become “cool” and “hip” to hate your country and to wear that hatred on your sleeve by disrespecting the flag, and by extension, the men and women who put their lives on the line in order to purchase the freedom we enjoy on a daily basis.

If the left truly wants to be able to score a victory against Donald Trump next year, they have to stop this nonsense and pull themselves back to the middle of the road.