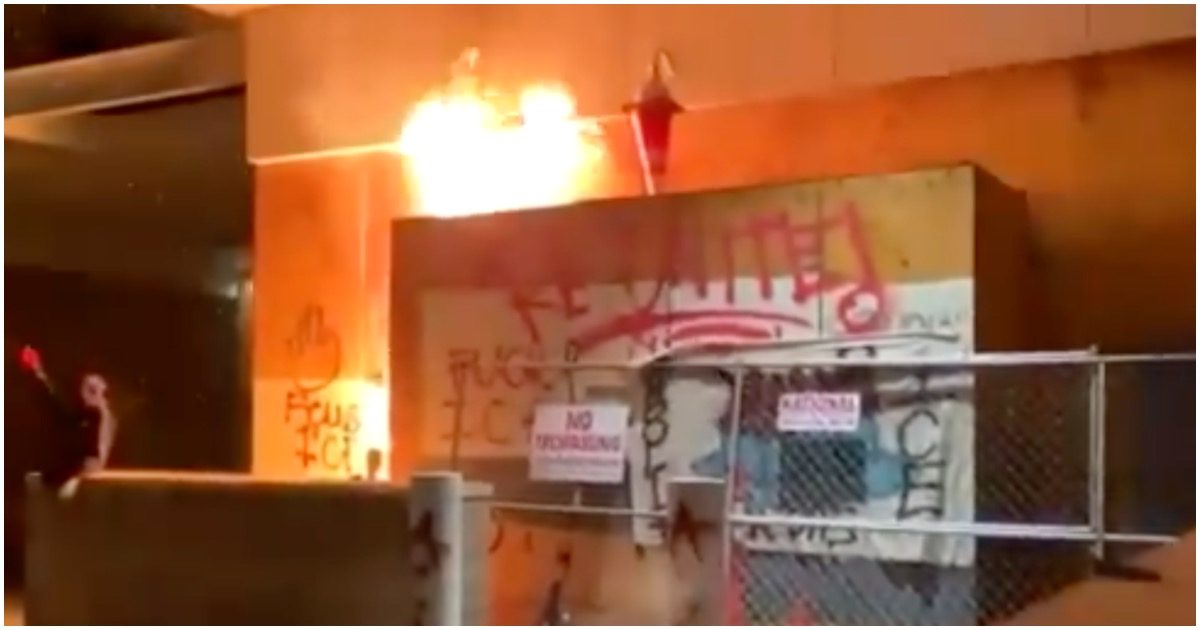 What else is there to say about “antifa?” The radical group is comprised of anti-American children who don’t want to work and demand everything come free.

They also don’t care how many innocent people die for their “cause,” either.

Check this out, via Right Scoop:

CNN only mentions Antifa when they’re arguing that Trump and Republicans believe in conspiracy theories about antifa. Otherwise, the group – which they think is an “idea” – is totally off their radar. Like last night, when they tried to burn down a federal building as part of their ongoing insurrection, CNN didn’t cover it. And still haven’t. In fact in the last year they’ve barely talked about violence in Portland, D.C., and elsewhere, except when they could blame it on conservatives.

Antifa attempted to burn down the ICE building in Portland with federal agents inside.

There will be no FBI manhunt for the arsonists. No billboard & no repercussions for these agitators.