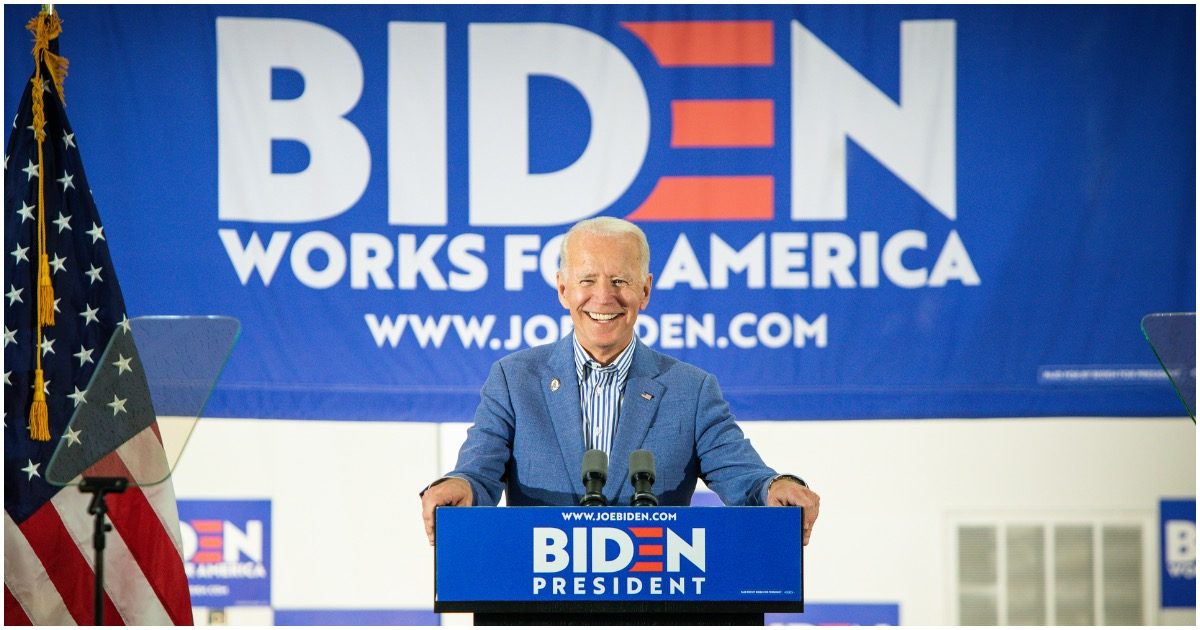 Good ol’ Joe Biden, lookin’ to do everything possible to make America look weak if he does, in fact, take over on January 20, 2021. Does anybody really believe he earned over 80 million votes?

Democrat Joe Biden is reportedly seeking to de-emphasize using the U.S. Military, by far the most powerful military in the world, as a measure of national power in what is a clear reversal from the Trump administration’s peace through strength policy.

The claim was made in an Axios report that focused on several leading candidates that Biden is expected to choose from to be his secretary of defense.

“Biden is considering retired four-star General Lloyd Austin as his nominee for defense secretary, adding him to a shortlist that includes Jeh Johnson, Tammy Duckworth and Michele Flournoy,” Axios reported. “The Biden team wants to elevate diplomacy and de-emphasize the military as an instrument of national power.”

A video emerged on Friday of Democrat presidential nominee Joe Biden calling soldiers “stupid bastards” and a “dull bunch” during a speech overseas to U.S. soldiers while he was serving as vice president in the Obama administration.