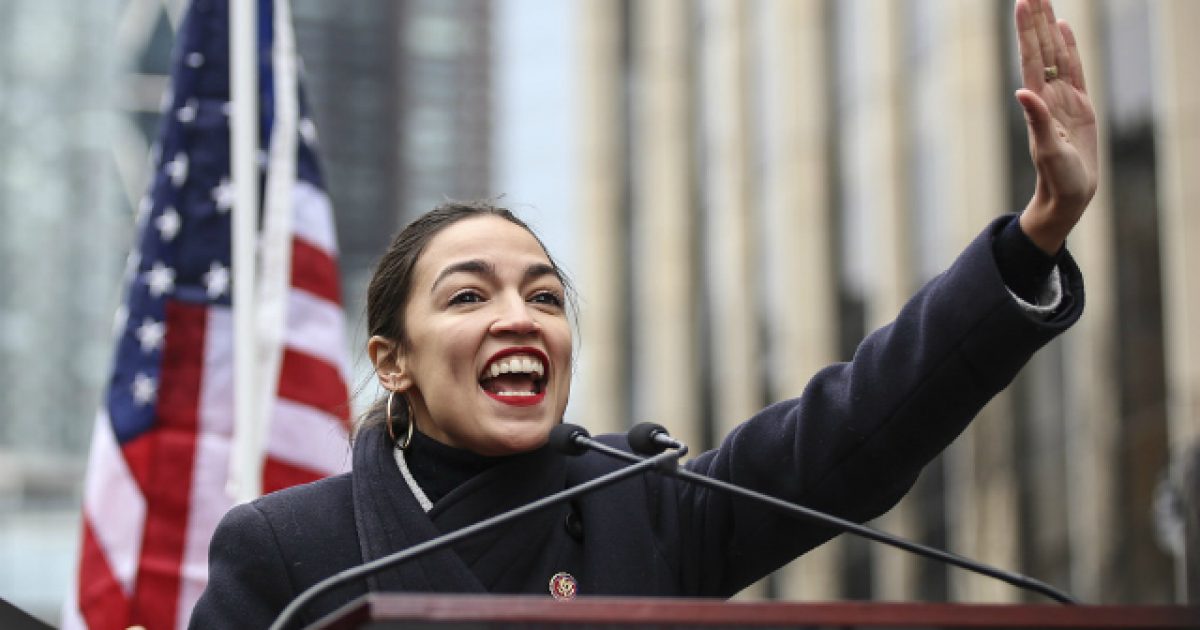 Rep. Alexandria Ocasio-Cortez has been a troublemaker for the Democratic Party ever since she won her House seat and took office last year, bucking against the progressive program as laid out by House Speaker Nancy Pelosi.

AOC has constantly been in the spotlight for saying things that are, well, really stupid to put it lightly, and has been labeled as being part of the “Squad,” a group of freshmen female representatives who have said some stuff that many have labeled as anti-Semitic.

Oh and there’s that little matter of AOC blowing a $3 billion deal with Amazon that would’ve brought tons of high paying jobs to her district.

As a result of all this, a paper is now reporting that the Democratic Party may try to erase AOC’s seat from existence.

The editorial, which ran on Sunday, said the freshman representative has been in “hot water” with some in the party for “refusing to pay dues to her caucus’ fundraising arm, the Democratic Congressional Campaign Committee” and instead devotes resources to “defeating Democrats.”

Ocasio-Cortez, 30, launched her own political action committee with the hopes of supporting some challengers “who refuse to bow to establishment pressure.”

Two of the candidates are seeking office in seats held by Republicans, including the Texas seat occupied by Sen. John Cornyn, R-Texas. One of the endorsements is for Georgette Gomez, a California Democrat who wants to fill the state’s open 53rd district.

“Don’t be surprised when the established Democrats who’ll control redistricting after the 2020 Census do their best to eliminate her seat,” the editorial went on to say.

Well, would those of us who have had to endure the never ending nonsense that spews forth from AOC’s mouth really be all that sad to see her go? The answer, of course, is a big, fat no. Good riddance.