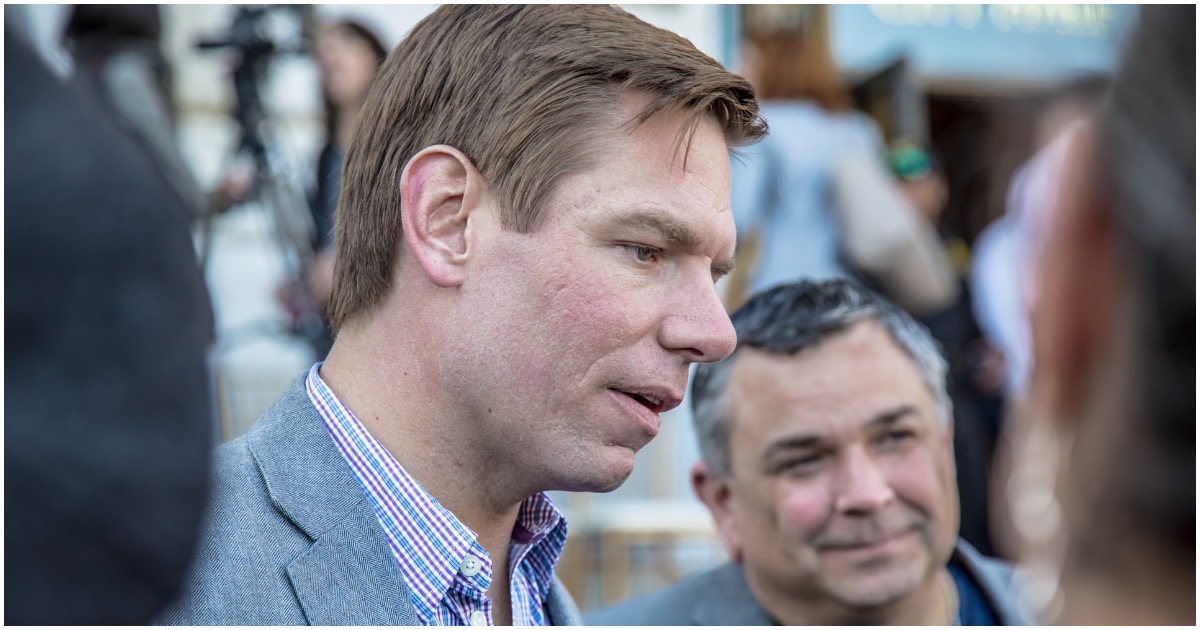 Democrat Congressman Eric Swalwell of California is a typical progressive. He’s as liberal as they come.

In fact, Eric wants guns confiscated by any means. He even suggested nuking Americans who fight back.

Now, Swalwell may just announce a presidential run in the very near future – via Daily Wire:

According to The Atlantic, Swalwell wants to center his campaign around gun control, and will announce his run for the presidency next week on “The Late Show With Stephen Colbert.”

Looking to buttress any support he can get from younger voters, whom he has stated catalyzed his harsh stance on assault weapons, Swalwell has apparently enlisted Cameron Kasky, one of the survivors of the Marjory Stoneman Douglas High School massacre in February 2018, to aid his efforts. According to The Atlantic, “Together, they’re organizing a town hall that Swalwell will host in Coral Springs, Florida, on Tuesday.”

The Atlantic’s Edward-Issac Dovere writes, “When I reached out to Swalwell on Wednesday evening, he wouldn’t confirm the news, but he didn’t leave much doubt that he intends to run for president. ‘We are doing a town hall in Parkland,’ he told me. ‘And I do believe that gun safety has to be a top 2020 issue.’”

That’s not going to go over well, given that whole Second Amendment thing.

Swalwell must figure he’ll get a large book deal out of this whole thing, because he has to be smart enough to realize he doesn’t stand a chance against Joe Biden or Bernie Sanders – let alone President Trump.

What a complete joke.

MUST WATCH: Ocasio-Cortez Says U.S. Is Drugging Migrant Kids Because of ‘Nat’l Origin’