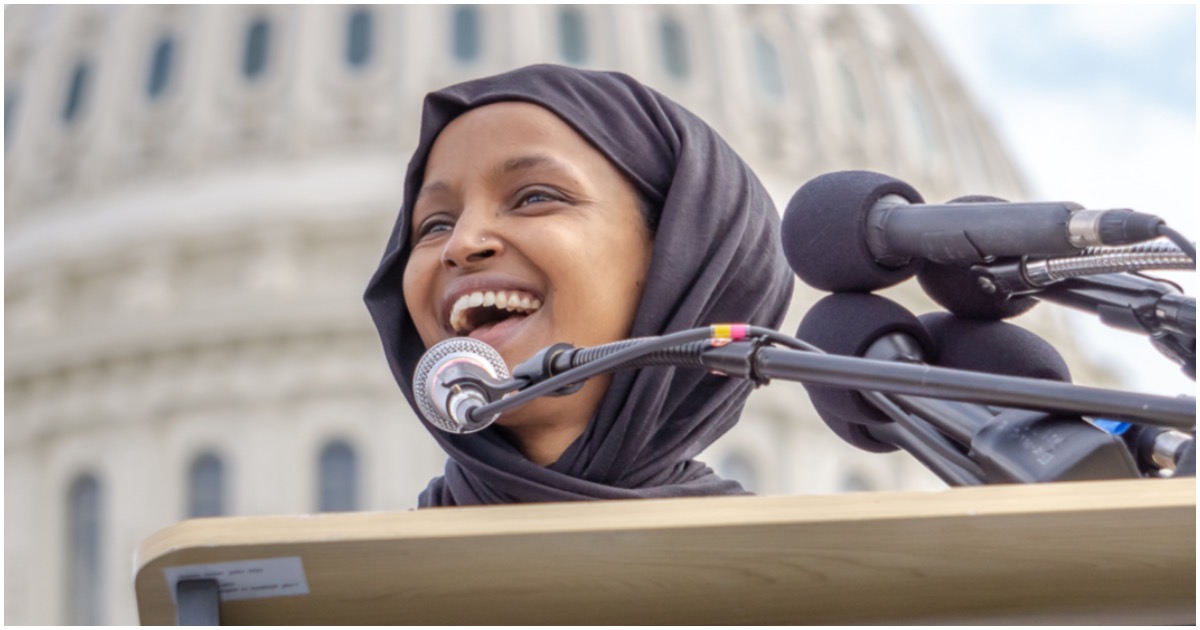 Once again, Democrat Rep. Ilhan Omar (MN) is proving to the country that she does not belong in Congress.

Time after time, the Muslim Congresswoman (who allegedly married her own brother) says or does something so asinine even Dems are forced to comment.

Now, she’s fighting for the release of a jailed Muslim Brotherhood leader.

How does something like this get past the mainstream media? Why are they constantly working against the best interests of the United States?

Rep. Ilhan Omar (D-MN) advocated on Tuesday for releasing a senior member of the Egyptian Muslim Brotherhood (MB) — which is designated by several nations as a terrorist organization.

I recently met with @jkbadawy and @thefreedomi to talk about Hoda Abdelmonem, a political prisoner in Egypt. I hope that Trump brings up her case in his meeting with the regime that has imprisoned her. We must work to #FreeHoda.

I recently met with @jkbadawy and @thefreedomi to talk about Hoda Abdelmonem, a political prisoner in Egypt. I hope that Trump brings up her case in his meeting with the regime that has imprisoned her. We must work to #FreeHoda. pic.twitter.com/3KMPNd4Kfb

People of Minnesota – what the hell were you thinking!?

Conservative Review’s Jordan Schachtel reported that Hoda Abdelmonem is “a senior member in the Egyptian Muslim Brotherhood’s women’s affiliate,” adding that she “remains an influential figure and a senior leader in the Islamist outfit, and the campaign for her release has been a top priority item for Muslim Brotherhood-aligned individuals, groups, and governments.”

Reuters and The Guardian: pic.twitter.com/26q0oUQkAV

Omar has encouraged Muslims to “raise hell” and “make people uncomfortable.” And no, that’s not a typo.