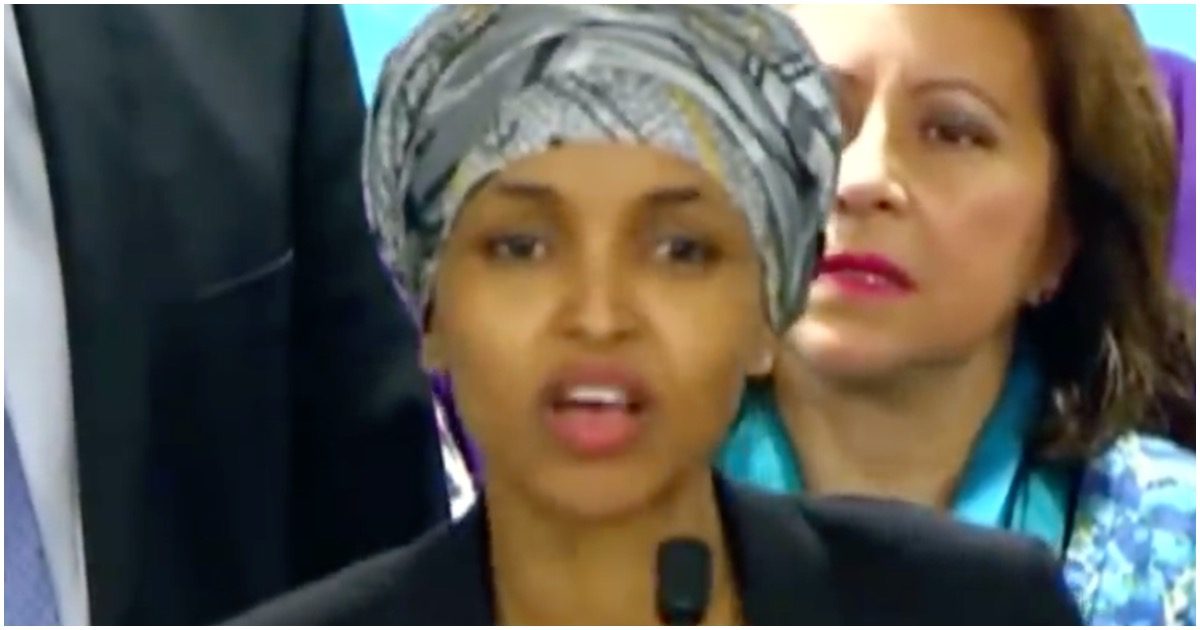 If liberal rookie lawmaker Ilhan Omar (D) isn’t making headlines for saying something silly, she’s in the news for potentially committing fraud. Read more about it at this link and this one.

On Friday, more details were revealed about the Minnesota Congresswoman’s marriage scandal. What will “squad” buddies Alexandria Ocasio-Cortez (NY) and Rashida Tlaib (MI) have to say about this? Most likely they’ll either remain silent or they will frame it as a right-wing conspiracy.

Here’s the deal, via Daily Mail:

Ilhan Omar’s husband discovered the truth about her torrid affair with her chief fundraiser when he went to her Washington D.C. apartment last spring and found the lovers lounging around in pajamas, DailyMail.com has learned exclusively.

Ahmed Hirsi had long suspected that Omar, 39, was cheating on him with married Tim Mynett but the proof came when he caught the hijab-wearing congresswoman in a state that no Muslim woman would expect to be with a man who is not her husband.

The sources say the families of Hirsi and Omar hammered out a financial settlement that would give Hirsi tens of thousands of dollars over several years but only if he did not speak publicly about the marriage breakdown.

One source said the figure was as high as $250,000 over six years. Hirsi did not return DailyMail.com requests for comment.

Her tweet about the Notre Dame Cathedral fire in Paris has some claiming she just offended Christians worldwide.

Art and architecture have a unique ability to help us connect across our differences and bring people together in important ways. Thinking of the people of Paris and praying for every first responder trying to save this wonder.

ICYMI: Pelosi Says Dems Will Investigate Other Cases Against Trump With Eye On Impeachment