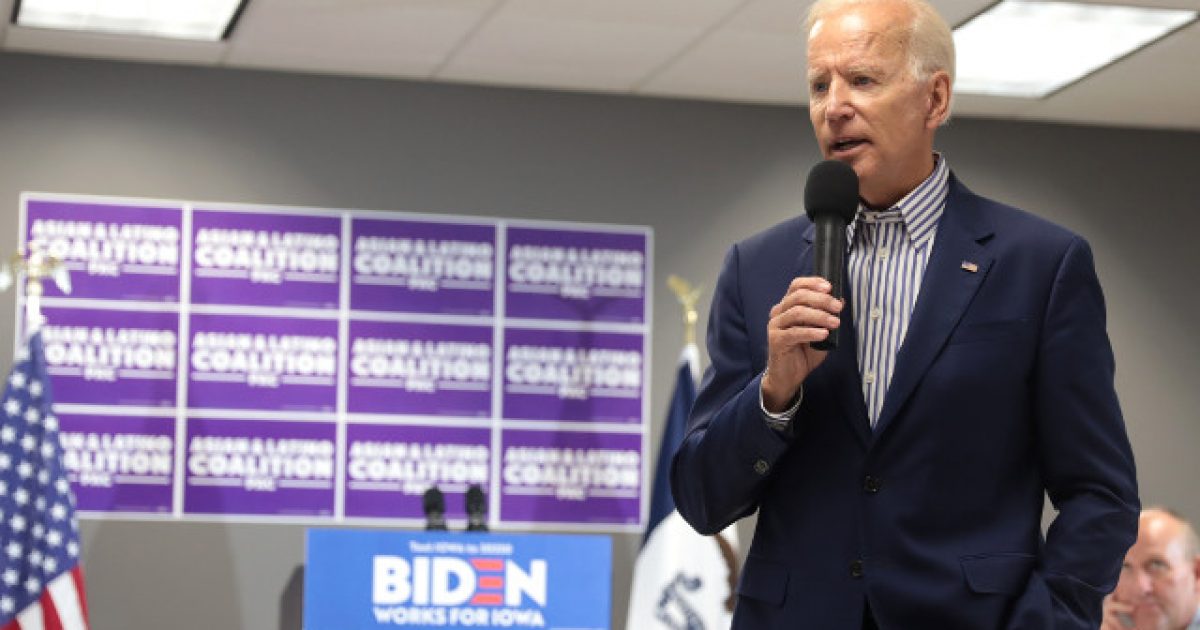 A new report put out by The Hill reporter John Solomon presents details from “hundreds of never-released memos and documents,” many of which come from inside the American team that was helping the notorious Ukrainian oil and gas company that is now at the center of a huge controversy involving Hunter Biden, former Vice President Joe Biden, and President Trump.

The senior Biden claims that he applied pressure to Ukraine to remove its top prosecutor because this individuals was failing to help remove corruption, not because of the investigation the prosecutor was conducting into the company that employed his son Hunter, who was receiving a handsome $600,000 a year salary.

While Biden maintains that he only strong-armed Ukraine to replace its chief prosecutor, Viktor Shokin, because of allegations of his corruption and mishandling of his job — not because of Shokin’s investigation into Burisma Holdings, which hired Biden’s son just weeks after President Obama appointed Biden to oversee U.S.-Ukraine relations — Solomon found that previously undisclosed documents “conflict with Biden’s narrative.”

“Hundreds of pages of never-released memos and documents — many from inside the American team helping Burisma to stave off its legal troubles — conflict with Biden’s narrative,” Solomon reported Thursday. “And they raise the troubling prospect that U.S. officials may have painted a false picture in Ukraine that helped ease Burisma’s legal troubles and stop prosecutors’ plans to interview Hunter Biden during the 2016 U.S. presidential election.”

For instance, Burisma’s American legal representatives met with Ukrainian officials just days after Biden forced the firing of the country’s chief prosecutor and offered ‘an apology for dissemination of false information by U.S. representatives and public figures’ about the Ukrainian prosecutors, according to the Ukrainian government’s official memo of the meeting. The effort to secure that meeting began the same day the prosecutor’s firing was announced.

In addition, Burisma’s American team offered to introduce Ukrainian prosecutors to Obama administration officials to make amends, according to that memo and the American legal team’s internal emails.

“If the Ukraine prosecutor’s firing involved only his alleged corruption and ineptitude, why did Burisma’s American legal team refer to those allegations as ‘false information?’” Solomon asks. “If the firing had nothing to do with the Burisma case, as Biden has adamantly claimed, why would Burisma’s American lawyers contact the replacement prosecutor within hours of the termination and urgently seek a meeting in Ukraine to discuss the case?”

Solomon also says that Ukrainian prosecutors have been trying desperately to get this information into the hands of officials at the Justice Department since summer of 2018, believing that it “might be evidence of possible violations of U.S. ethics laws.”

However, according to these prosecutors, the Justice Department showed no interest in the information or digging into any sort of ethics violations by the vice president.

The prosecutors then went on to contact former NYC Mayor, and current personal Trump attorney, Rudy Giuliani. Solomon goes on to detail how Ukrainian President Volodymyr Zelensky spoke with Trump and told him that the investigation into the Burisma-Biden incident is an important step in restoring honesty between Ukraine and the United States.