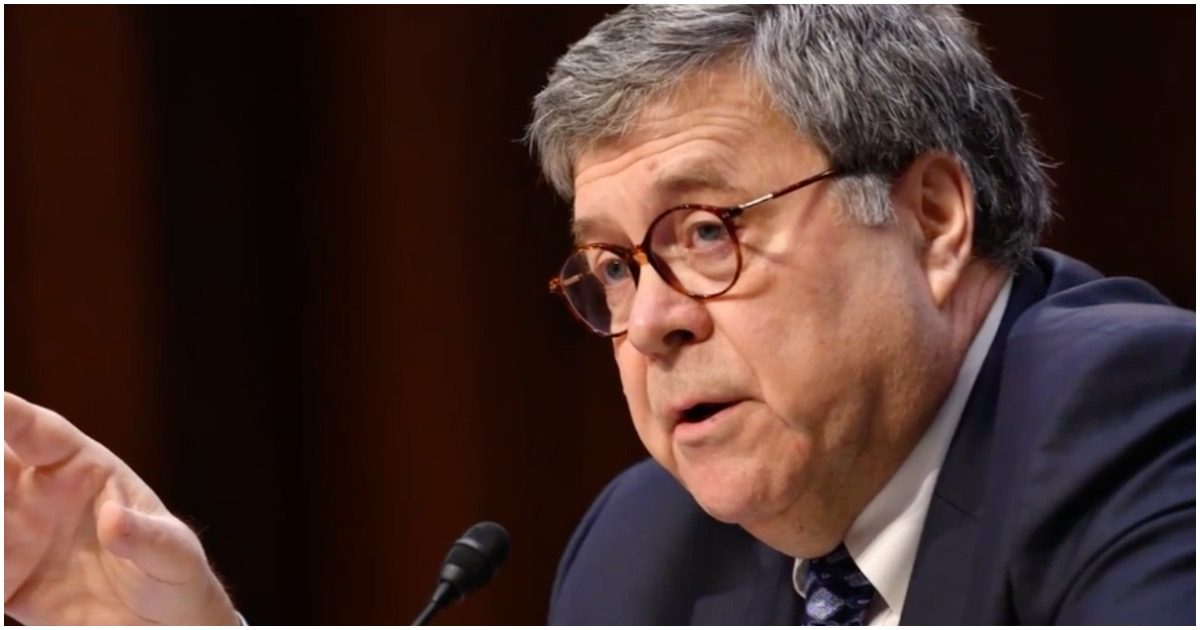 Bill Barr knew that President Trump loved tweeting before he accepted the nomination to once again become attorney general of the United States. Recently though, Barr said Trump’s tweets have made it hard for him to do his job.

Trump shrugged off the comments. He didn’t see them as a big deal. But now, apparently, Barr is considering leaving his position. Here’s what is known, via Fox News:

Attorney General Bill Barr told people close to him that he’s considering stepping down over President Trump’s tweets, multiple reports said Tuesday, days after Barr admitted that Trump’s tweeting made it “‘impossible for me to do my job.”

The administration officials said Barr seemed to be sharing his position with advisers in hopes the president would get the message that he should stop weighing in publicly on the Justice Department’s ongoing criminal investigations.

Barr had a previously scheduled lunch with the White House counsel Tuesday and was still the attorney general by day’s end — indicating that the president’s moves that day were not enough to push him to resign.

HANG ON JUST A SECOND!

Addressing Beltway rumors: The Attorney General has no plans to resign.

Is the same reporter who lied that the altered Carter Page FISA evidence (CIA/Clinesmith) didn't affect the validity of the FISA application.

WHAT IS GOING ON??

Elizabeth Warren and numerous other Democrats have called for Barr’s resignation.

Donald Trump is shredding the rule of law in this country. His AG overruled career prosecutors to reduce the sentence for his buddy Roger Stone after Stone committed crimes to protect him. Every Republican who voted to acquit Trump for his corrupt actions enabled and owns this.

Donald Trump can continue his corrupt rampages and vendettas because elected Republicans do nothing. They lack the courage and backbone shown by four career prosecutors who stepped down rather than facilitate the Attorney General’s corrupt scheme. But we are not powerless.

Congress must act immediately to rein in our lawless Attorney General. Barr should resign or face impeachment. And Congress should use spending power to defund the AG’s authority to interfere with anything that affects Trump, his friends, or his elections.

I am the only candidate to propose an independent DOJ task force to investigate crimes by Trump administration officials. Every Democratic candidate must commit to it—so Trump officials know they will be held accountable by career prosecutors once he is out of office.

Abusing official power to protect political friends and attack opponents is common in authoritarian regimes like Putin’s Russia. Trump and Barr’s conduct has no place in our democracy. To end it, Congress must act—and the American people must hold them accountable in November.