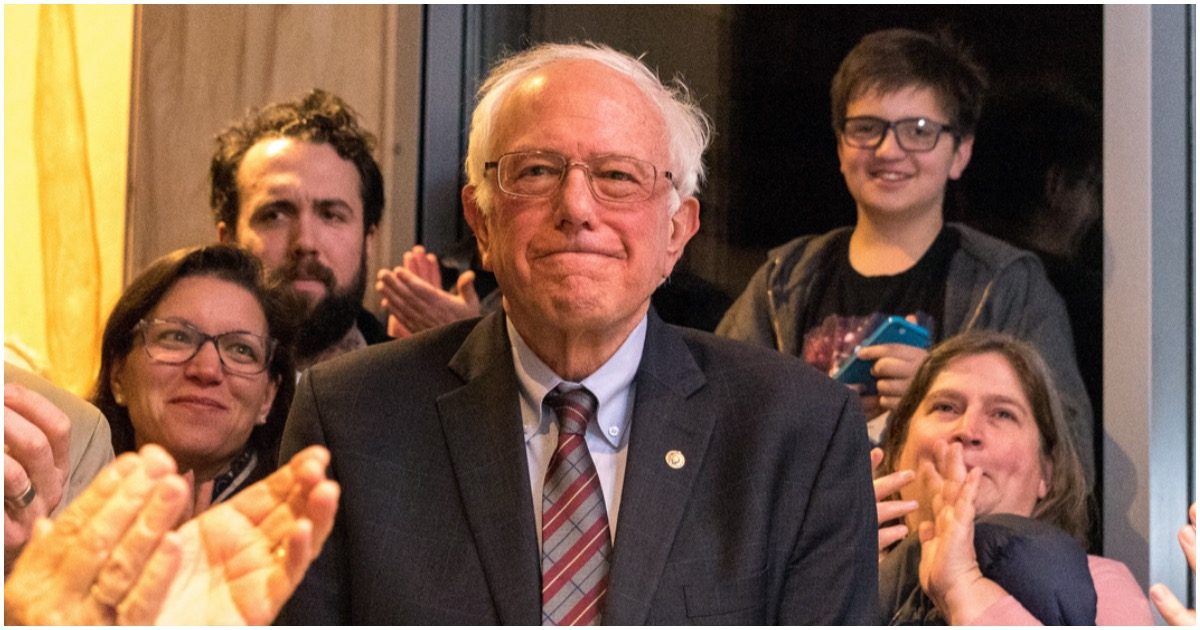 A Bernie Sanders presidency would absolutely cripple the United States, and that’s the point. That’s why the Vermont senator is running for Oval Office. He wants change on a revolutionary scale with the hopes that one day America can becoming a flourishing country like…Venezuela.

This new report from the New York Times should have Bernie Bros scratching their heads. Unfortunately, they’ll probably never even learn about it.

The New York Times reported on Thursday night that newly discovered documents from Russia showed that Soviet officials sought to “exploit Mr. Sanders’ antiwar agenda for their own propaganda purposes.”

The Times noted that the Russian communists sought to exploit Sanders while he was the mayor of Burlington, Vermont, after he wrote that he wanted the U.S. and the U.S.S.R to “live together as friends.”

“They also show how the Kremlin viewed these sister city relationships as vehicles to sway American public opinion about the Soviet Union,” The Times reported. “Nothing in the documents suggests that Mr. Sanders was the only local American official targeted for propaganda, or even that he was particularly receptive to it, though they do describe him as a socialist. But the documents do show the Soviets’ intensive preparation to use Mr. Sanders’ interest in their country to their advantage.”

Exclusive: For Bernie Sanders, his 1988 trip to the Soviet Union was an effort to build diplomatic ties. For the Soviets, it was the start of a years-long propaganda effort to exploit his antiwar agenda, documents obtained by The New York Times show. https://t.co/I4UsqheKHQ

Bernie Sanders, in lobbying to make Yaroslavl the sister city of Burlington, Vermont, aimed to break down “barriers and stereotypes,” his presidential campaign said in a statement. He said at the time that he wanted the countries to “live together as friends.” pic.twitter.com/gkkfnghskS

For the Kremlin, these sister-city relationships were vehicles to sway American public opinion about the Soviet Union, the documents show https://t.co/g9LDjhbybC pic.twitter.com/GF1VguGERt

The documents are in a government archive in Yaroslavl, Russia, which would become Burlington's sister city. They are public, but archivists there said that no one had asked for them until we did last week.

All together, the documents reveal in new detail the extent of Bernie Sanders’s personal effort to establish ties between Burlington, Vermont, and a country many Americans then still considered an enemy.

Here are 5 key excerpts from the archive. https://t.co/yyDwexfQxR

Why does a man in his 70s still not understand how economics work? Why does Sanders have a single supporter in this country?

Thanks a lot, media – you continue to lead the blind off the cliff.

Mitch McConnell Weighs In On Schumer’s Response To SCOTUS, Says It’s Not ‘Much Of An Apology’

Hillary Clinton: I Am ‘The Most Investigated Innocent Person In America’