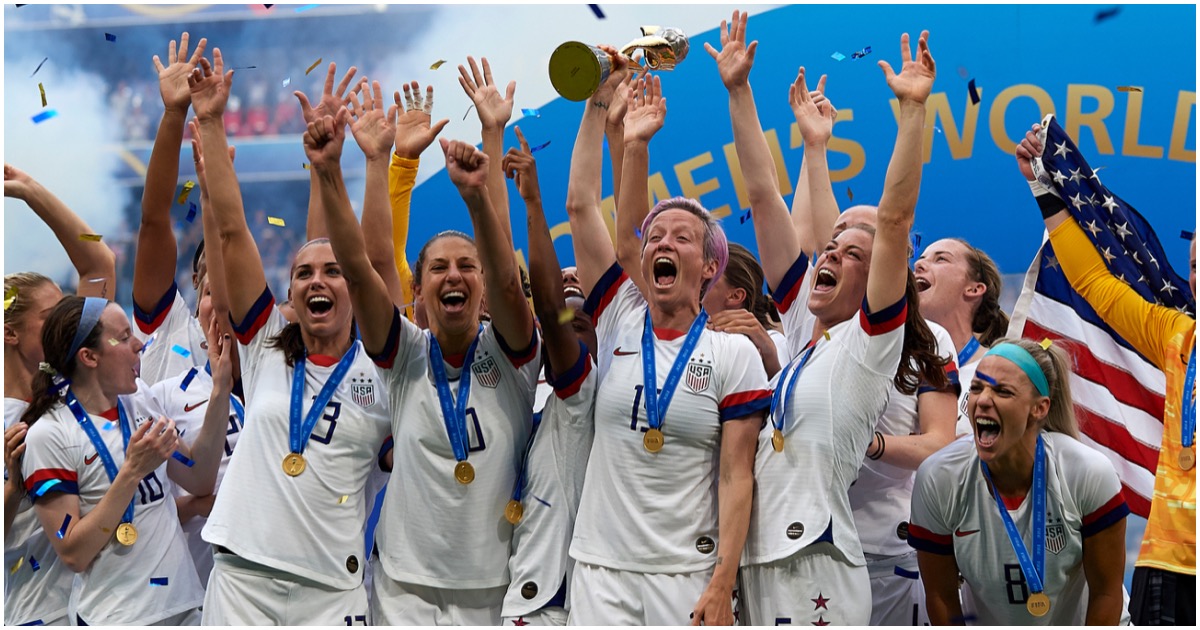 If it’s true, this is damning.

As if the women’s national soccer team wasn’t already unlikable enough due to anti-Trump stars, right?

The absence of one of the best women’s soccer players in the nation from the national squad that just won the World Cup has prompted questions as to whether she didn’t make the team because of her openly professed Christian faith.

Jaelene Hinkle, 26, “has been called the top left defender in the U.S. game,” according to The Washington Times. Fox News noted Hinkle “helped her team win the NWSL championship and previously helped it win a title in 2016 when it was known as the Western New York Flash.”

But none of that apparently mattered to the women’s team. The Irish Times, which called Hinkle “the finest left-back in the NWSL,” wrote in June, “Hinkle likely would have been a fish out of water on the uber-woke women’s national team, some of whose biggest stars are openly lesbian, raising questions about whether she would have thrown off the squad’s chemistry.”

Allie Long, one of the players on the team, was apparently really excited to win the World Cup title.

So excited, in fact, that she dropped the American flag between her legs after the victory and partook in a choreographed celebratory dance with teammates Megan Rapinoe and Alex Morgan.

Rapinoe is a controversial figure who made good on her promise to ignore the National Anthem before the game as a protest against President Trump, totally spitting in the faces of all the veterans who have shed blood and given their lives to preserve her liberty.

Fellow teammate Kelley O’Hara raced to pick up the dropped flag during the incident.

Well, Benghazi hero, John “TIG” Tiegen, was none too happy with the display.

What should be an amazing occurence, is hijacked by the clown show to promote disrespect. So brave ????. Let ???? @uswnt and @allie_long_ know what you think about this disrespect in the comments ???? — Credit: @mikewishniausa • • • • • • @uswnt I know you gave a brief to the girls on proper flag etiquette. @allie_long_ , I know dragging it on the ground and throwing it down like it’s a piece of paper isn’t part of that. It’s not hard to hand it off and celebrate. Your coaching staff or trainers are there to take it. Damn Amazing disrespect for a photo op. Thank you to I think @kelleyohara for running in there and picking it up. #uswnt #worldcup #usopc #ussoccer #flag #oldglory #flagettiquette #unreal #notapieceofpaper #usparalympics #paralympian #thrower #shotput #power #speed #strength

In this day and age, disrespecting the flag has become a badge of honor among the more radical factions of the progressive movement. It’s become increasingly more common for left-wing protesters to be seen burning Old Glory at rallies.

You also hear tons of stories about how local governments are going all out to regulate how people can display the flag, something which is truly shameful in a land that is supposed to pride itself on liberty.

The flag is not just a piece of cloth. It is a symbol for life, liberty, and the pursuit of happiness, of the rights handed down to us by God and protected by the Constitution.

The amount of blood that has been spilled by our brave men and women over the years is impossible to quantify. When someone disrespects the flag, they disrespect those brave souls who sacrificed everything to ensure our way of life could continue long after they’re gone.

It’s time for folks on the left to grow up and show some respect for those who gave more than they ever will in service to their country and the principles on which it stands.

REVEALING: Reporter Asks Dem Senator About USMCA, But She Has No Clue What It Even Is