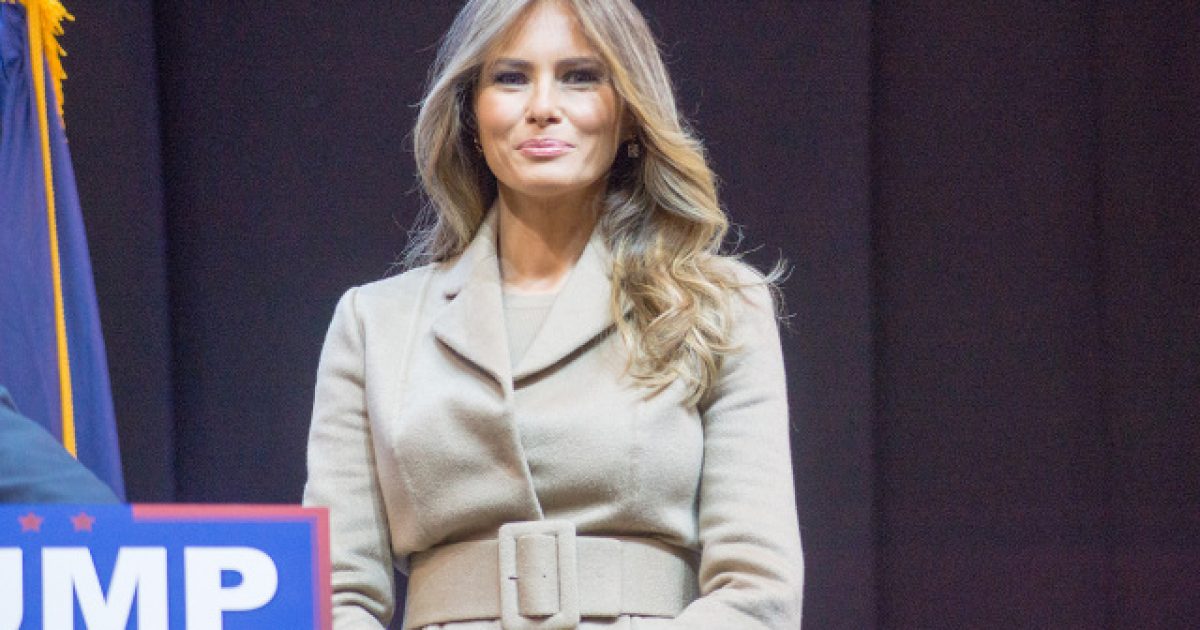 The left-wing media is obsessed with finding any sort of flaw they can exploit in President Trump’s administration or private life, hoping beyond all hope that they can dig up something that will be devastating enough to get him ousted from office.

This obsessions has led to many so-called “journalists” sinking lower than pond scum and concocting a wide variety of absolute insanity to try stirring the pot, but the Washington Post just took crazy to a whole new level.

A recent report published by the paper stated that First Lady Melania Trump has a “complicated White House life,” a statement that prompted a reporter to ask a rather ridiculous question during Monday’s press briefing.

“Sarah, the story this morning The Washington Post, among many things, reported that there are persistent rumors that Mrs. Trump does not live in this White House,” one reporter asked. “And that she lives with her parents somewhere in the suburbs. What do you make of those rumors?”

Sanders took a torch to the rumors, and the publication.

“I make of the fact that just when you think The Washington Post can’t get things any more wrong, they do,” she replied. “That is an outrageous and ridiculous claim.”

“The First Lady lives here at the White House. We see her regularly,” she said.

“And I think that’s something that belongs in tabloid gossip, not on the front pages of The Washington Post,” Sanders added. “I hope that they’ll do better next time.”

As stated above, progressives both inside and outside of the media are desperate to find something, anything, they can use to ridicule, insult, and badger the president with, and they aren’t afraid of crossing lines of propriety to do so.

If this much time by those on the right had been invested in digging into Obama’s marriage, those folks would’ve been labeled as racist villains for making things “personal.” Yet, because this is Donald Trump, that somehow justifies the left’s egregious behavior.

The bottom line is the media ought to be sticking to the issues and doing their best to provide objective facts for their viewing and reading audience in order to keep them informed. It’s their job to provide facts, not tell people what to think.