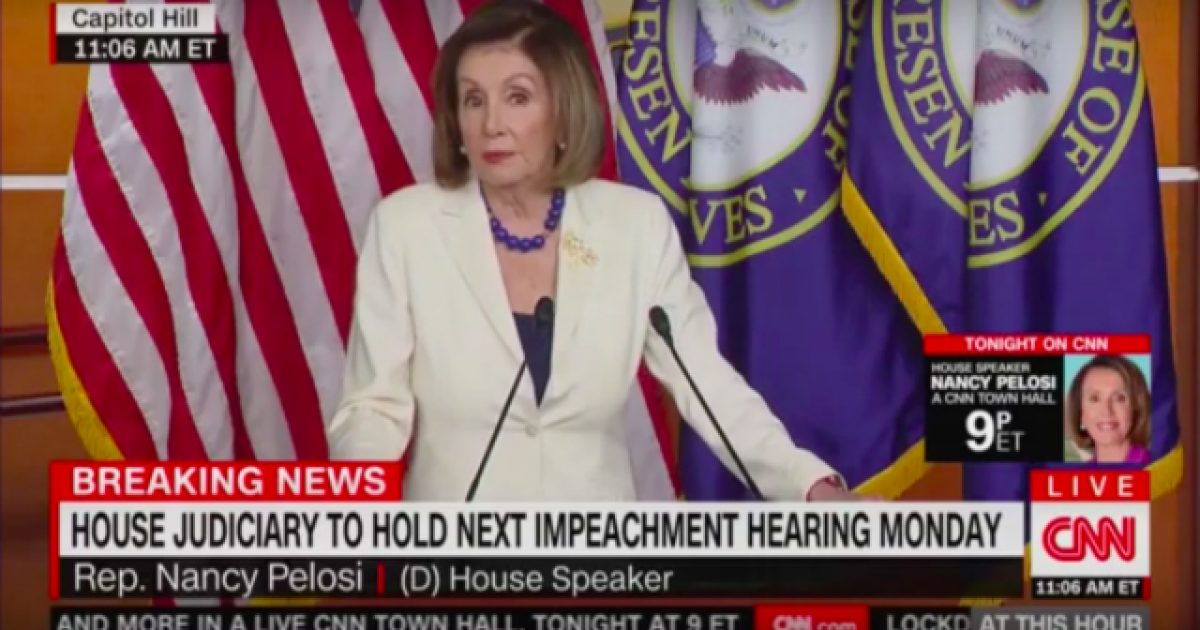 Speaker of the House Nancy Pelosi ripped into a news reporter after he asked her if she personally hated President Trump.

Pelosi was just starting to walk out of her weekly held press conference when reporter James Rosen asked, “Do you hate the president, Madam Speaker?”

This, of course, caused Pelosi to stop in her tracks. She actually turned around and headed back to the podium and condemned the question, stating that she’s Catholic and often prays for the president.

“Don’t mess with me when it comes to words like that,” Pelosi said. “As a Catholic, I resent you using ‘hate’ in a sentence that references me.”

Rosen told Pelosi the question echoes accusations by Republicans and the GOP witness at the Judiciary Committee hearing Wednesday that Democrats are moving to impeach Trump because they don’t like him.

Pelosi went on to state she has a “heart full of love” always prays for the president despite the fact she disagrees with his agenda for America, even stating that his agenda is not the reason why she wants to impeach him.

Pelosi said that the motivation for impeaching Trump has to do with the Constitution.

Biden Goes On Record, Says He Will Not Appear As Witness In Senate Impeachment Trail