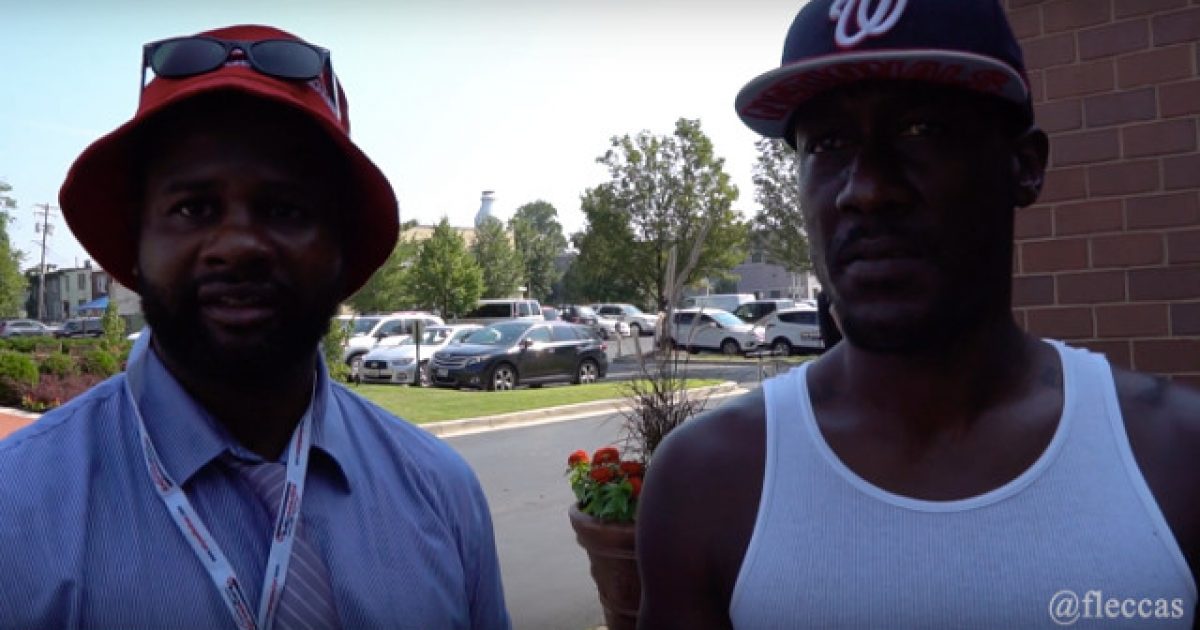 On Monday of this week, street reporter Austen Fletcher, also known as “Fleccas,” posted up a ten minute long video of footage he shot of West Baltimore residents talking about the conditions of this part of the city and commenting on statements made by President Trump that many in the mainstream media have dubbed “racist.”

What they had to say was a bit shocking, especially if you thought they’d agree with Democrats.

The residents told a grim story about the decline of the area they love, plagued by crime and murder, and said Trump was right in his assessmen even if, as one female put it, she’s still “Team Obama.”

Fleccas also highlighted another inconsistency within the mainstream narrative. When controversial activist Rev. Al Sharpton popped up in West Baltimore following Trump’s comments, residents heckled the political figure, calling him a “phony” and a “hustler” and asking why he only comes around during politically opportune times.

“It’s just sad man, everyday I’m crying inside because I wake up and I’m still here. It used to be okay, but it’s not now,” one man told Fleccas’ crew.

Another woman with a legally obtained firearm on her hip, said, “You can’t go home without feeling a threat of being shot, you’re scared to walk anywhere. … The violence is that bad.”

Another man who worked behind a shield at a local convenience store said, “I saw a man rob a man, right here. A customer went out the door, and this guy, he just opened the door for him and put a gun to his head and robbed him right in his car.”

A middle-aged female responded to “Fleccas” by saying, “I feel like nobody cares about this area here, they’re not concerned about us.”

Two men who were interviewed went on a rant against Rep. Elijah Cummings, speaking on how he has represented the district for 25 years and has done nothing to help improve things.

One of the men said, “He allocated $4.6 billion for illegal immigrants but he hasn’t donated any money right for North Avenue … West Baltimore. Where has he been at? It’s drug-infested, it’s homeless people right there in West Baltimore—— two blocks from his district. He don’t come there everyday. I haven’t seen Elijah Cummings in ten years ride up and down North Avenue.”

Another of the men was asked for his thoughts on Trump’s comments about the area:

“Me personally, I want him to say things like that because it’s true. … I don’t have no problems with the man. I really respect him as a man because he’s upfront, he’s truthful. They keep wanting to say, ‘he a racist, he a racist, he a racist’; that’s not the problem, especially with black people, because I don’t see white men killing my own kind, you know what I mean.”

A lot of other folks agreed with that sentiment, which might shock a lot of out-of-touch-with-reality Democrats, but to those of us who have our eyes open, we’ve seen the deterioration of inner cities thanks to liberal policies for decades now.

Here’s to hoping this will inspire conservative folks in these areas to step up to the plate and run against folks like Cummings and start applying conservative principles to these areas so they might have an opportunity to flourish once again.

VIDEO: 2020 Democrat Tries Unorthodox Appeal To Try And Get Votes