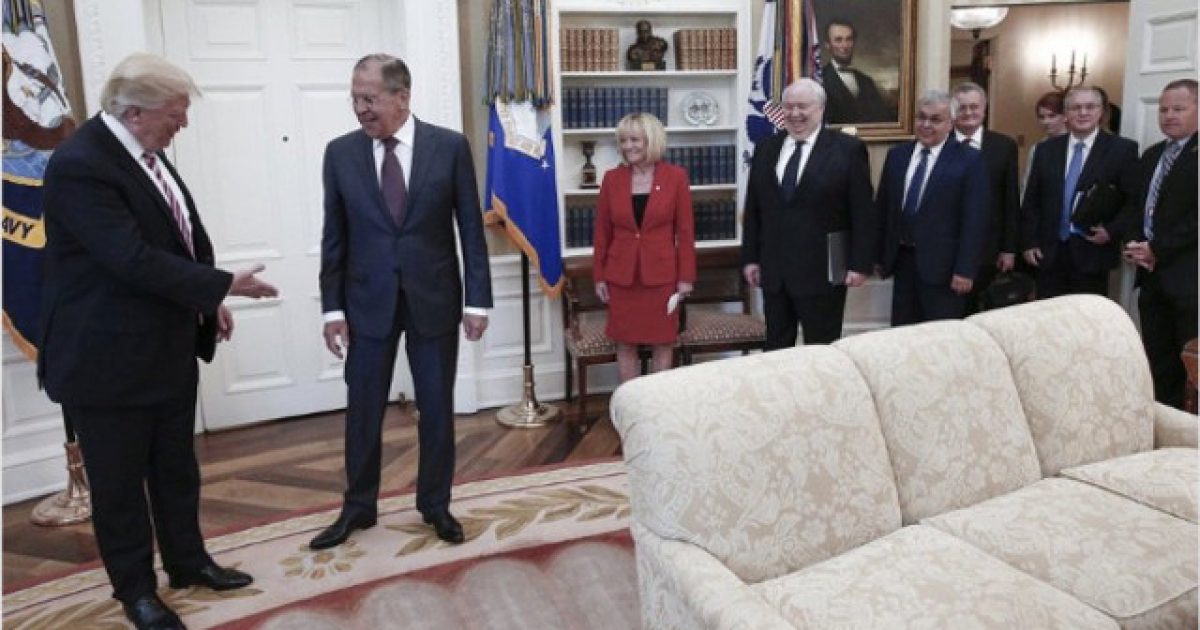 On Tuesday, a political reporter for Mic made quite a splash on social media after tweeting out a photo taken from the Oval Office that was originally released by the NY Times, stating that the photo showed a non-indicted Russian spy with President Trump.

Well, as it turns out, her claim was a little less than accurate, which, given the reputation the mainstream media has earned over the last several years, really isn’t all that surprising. You’re bound to make egregious factual errors when you no longer care about the facts. 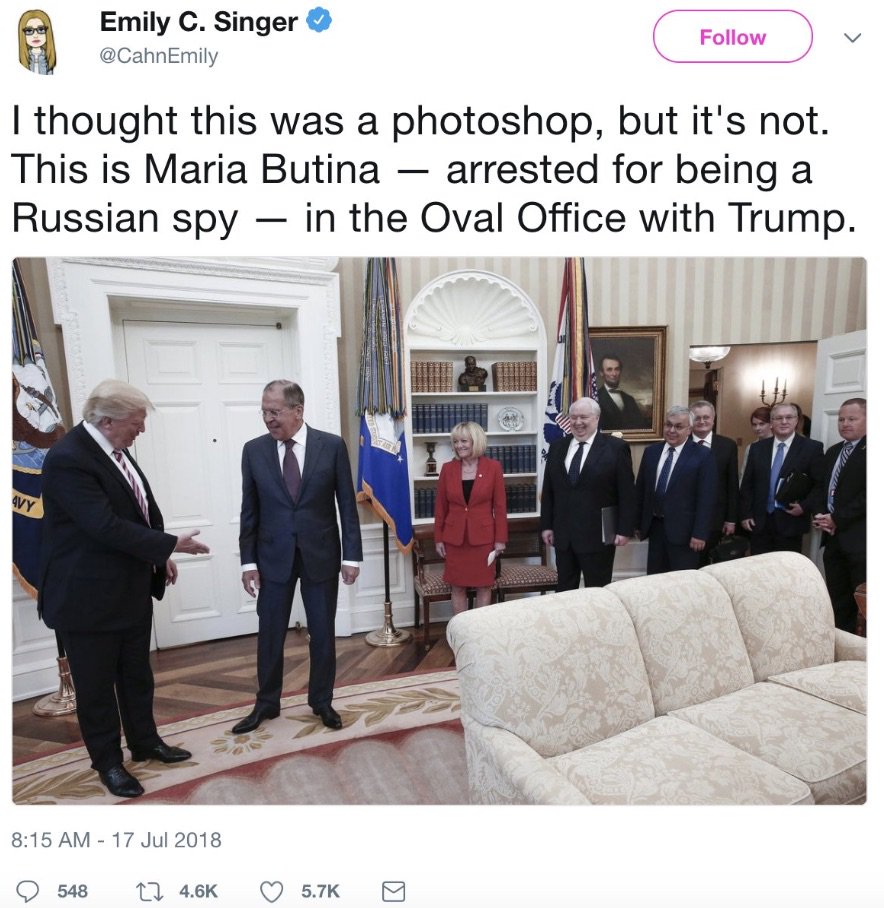 When Singer was made aware of the error, she responded with a tweet to correct the record and stated she would likely remove the photo, which is far more responsible than many of her colleagues, however, that doesn’t change the fact that if due diligence had been done from the start, it never would’ve been posted.

OK all, this may be Cari Lutkins from the NSC. I may delete this tweet… https://t.co/DI0zpju68I

I've deleted the tweet. I cannot confirm that it is Butina and may be an NSC staffer. https://t.co/DIm1grRI9w

The mainstream media is incredibly eager to find some sort of connection between Trump and Russia that would indicate he colluded with them to win the 2016 presidential election, but thus far, despite their best efforts, there doesn’t seem to be a single shred of evidence to support their desperate theory.

The investigation into the matter has dragged on for almost two years now, wasting an absolutely obscene amount of tax dollars, so if there isn’t any evidence to support this claim, it’s time to wrap things up and move on.

It seems the left is wanting to kick Trump to the curb so badly, they’re dragging this thing out in hopes they find something, anything, that might lead to his impeachment. How sad is that? It’s truly pathetic.