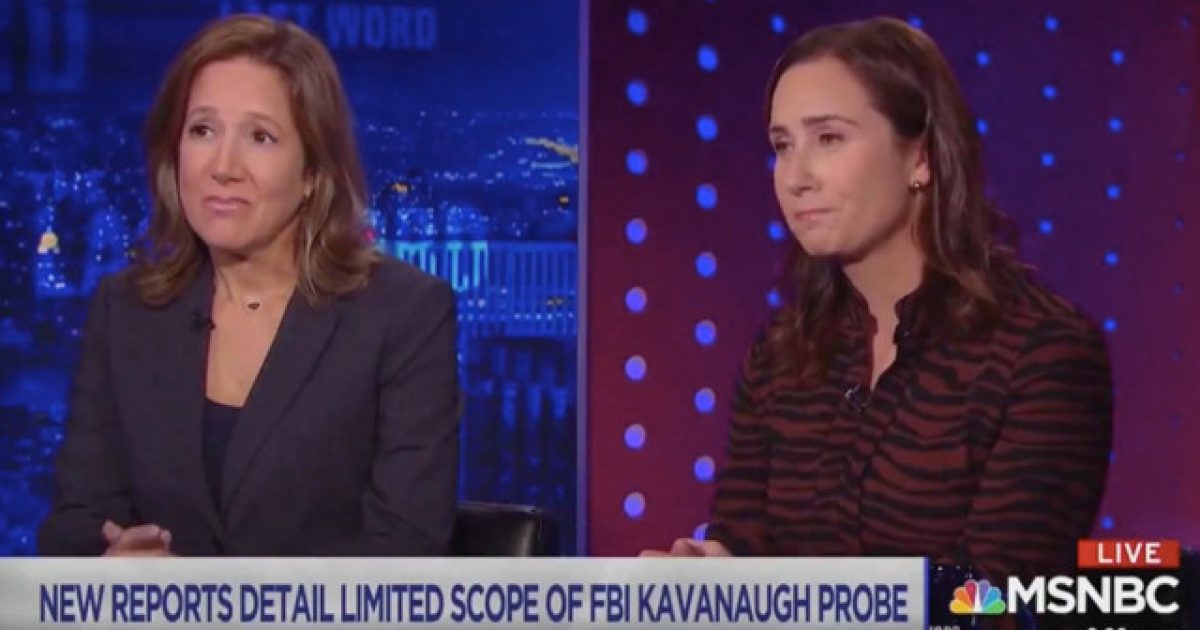 The reporters who put together the smear story against Justice Brett Kavanaugh over the weekend that allegedly detailed yet another sexual assault claim against him, have said that the publication cut the exculpatory information from their initial report before publishing.

If this is indeed accurate, then that means, without a shadow of a doubt, the Times purposefully removed the information in order to craft a narrative that painted Kavanaugh as guilty so they could potentially play a role in his impeachment.

“In your draft of the article, did it include those words that have since been added to the article?” O’Donnell asked.

“It did,” the reporters responded.

“So I think in this case the editors felt like it was maybe probably better to remove [the alleged victim’s name], and in removing her name, they removed the other reference to the fact that she didn’t remember [the alleged incident],” Progrebin said.

Plot thickens.
Robin Pogrebin and Kate Kelly claim that the qualifier about the other alleged Kavanaugh accuser not remembering an incident at Yale was included in the initial NYT draft but removed. pic.twitter.com/p9wUTnFyM1

The article itself was adapted from a book the two reporters wrote about the whole Kavanaugh ordeal. The controversy with the article started when Mollie Hemingway, a writer for The Federalist, got an advanced copy of the book and highlighted the omission on her social media accounts.

The Times was later forced to correct the story and add the exculpatory information into the article, which essentially destroyed the narrative they tried to put together.

Yet, despite all of this information, the reporters themselves have still not stopped pushing this narrative.

This just goes to show you how dedicated the left is to destroying conservatives, especially ones put in positions of power that have a direct influence on the culture we have at large. It’s sad to think that these folks are this dedicated to destroying everything wonderful our nation stands for, but that’s the left for you.

Kavanaugh has had his reputation destroyed by unfounded claims for several years now, no doubt putting a ton of strain on his family. The left has proven they’re willing to fight dirty, so how we respond to that without selling ourselves out morally is something we as conservatives have to keep wrestling with.

AOC Doesn’t Realize She Just Gave Trump A Ringing Endorsement, & It’s All About the Economy