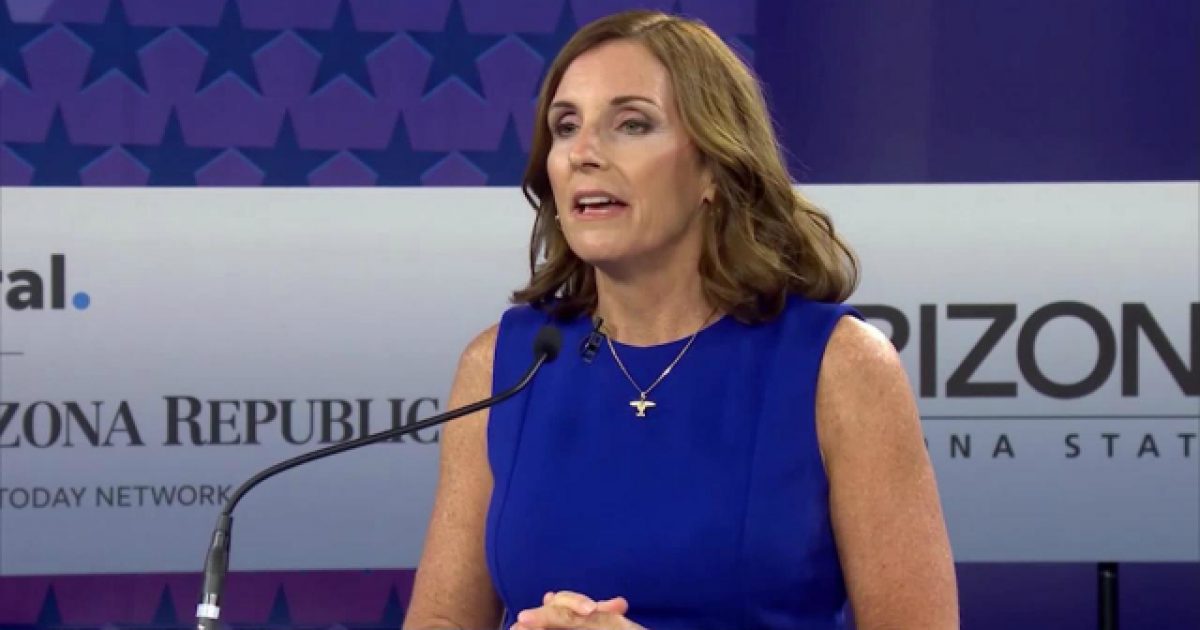 Sen. Martha McSally proved in a recent spat with a CNN reporter that she is not the kind of individual you want to mess with. McSally was asked about recent developments that have been unfolding would make her change her mind about impeaching President Trump.

To say the answer was a resounding no would be an understatement. McSally ripped into the reporter calling him a “liberal hack.”

Someone’s been taking lessons on counterpunching from President Trump.

On Wednesday night, Rudy Giuliani’s Ukrainian associate Lev Parnas claimed that “Trump knew” about all of the shady efforts taking place in Ukraine, including the alleged stalking of U.S. Ambassador to Ukraine Marie Yovanovitch. Parnas said, “President Trump knew exactly what was going on. He was aware of all my movements. I wouldn’t do anything without the consent of Rudy Giuliani or the president.”

On Thursday morning, CNN reporter Manu Raju tried to ask the Arizona Republican about the developments and how it could change her impeachment vote. He asked, “Senator McSally, should the Senate consider new evidence as part of the impeachment trial.”

She responded, “Manu, you’re a liberal hack. I’m not talking to you.”

Raju followed up, “You’re not going to comment.” McSally brushed him off and echoed her earlier retort of calling him a “liberal hack.”

Sen. Martha McSally, a Republican facing a difficult election race, lashed out when I asked if she would consider new evidence as part of the Senate trial. “You’re a liberal hack – I’m not talking to you. You’re a liberal hack.” She then walked into a hearing room.

McSally went on to double down on her claim about Manu being a liberal hack in a video posted to Twitter:

Well, she’s not wrong. Perhaps Manu is still in the first step of denial about the role he is playing in the modern media? Regardless, he certainly got served by McSally, extra crispy on both sides.