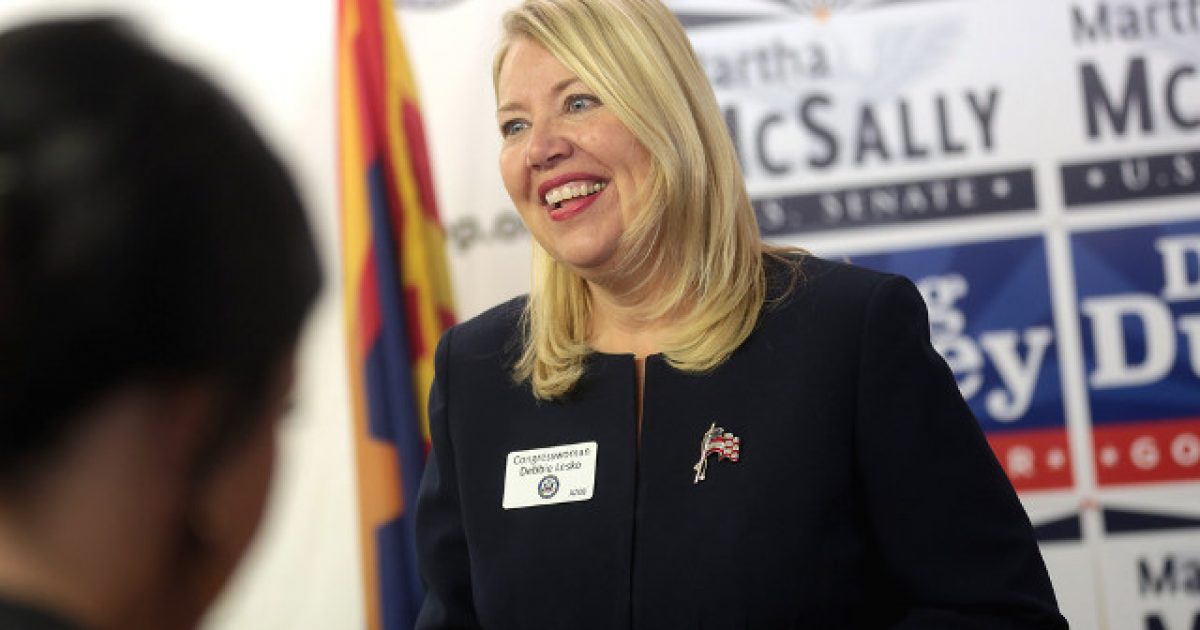 Republican members of the House of Representatives stormed the secure room where Democrat lawmakers have been questioning witnesses for the impeachment inquiry launched by Speaker of the House Nancy Pelosi, demanding they be given more access to the proceedings.

More than a dozen GOP lawmakers met outside the meeting room, though they were immediately kicked out.

“This is an outrage,” Rep. Debbie Lesko, Arizona Republican, said.

The impeachment inquiry is centered on allegations that President Trump attempted to pressure Ukrainian President Zelensky to open investigations for his own personal gain, lead by the House Intelligence, Foreign Affairs, and Oversight committees.

Only members on those three committees — Republicans and Democrats — have been allowed in the room to ask questions, a fact Democrats have been highlighting as they push back on GOP criticism.

Over the past two weeks, several Republicans not on those committees have tried to get access to the secret depositions and transcripts of those meetings, but this is the largest group to attempt it.

Around 20 Republican lawmakers refused to leave the room during a securing hearing where Defense Department official Laura Cooper was set to testify.

Rep. Debbie Wasserman Schultz claimed that the sit-in put on by members of the House GOP derailed Cooper’s testimony, saying it was not clear when it would begin again.

Democratic lawmakers present in the room said that those who participated in the storming of the room brought in cell phones, which violates the rules of the secured room.

“They had no regard for the witness or making sure we can continue to hold the president accountable and ensure we can get to the bottom of this,” Wasserman Schultz said. “If they don’t have a leg to stand on when it comes to the substance of evidence, they have to argue process.”

Ms. Lesko spoke to the Washington Times, saying “It’s really unfortunate that they [Democrats] have the votes and apparently they are not following any procedures, any precedents, any rules.”

“I’ll tell you what, if we are in the majority, I would not allow this kind of unfair process to go on,” she went on.

Biden Condemns Trump for Using the Word ‘Lynching,’ But Said the Same Thing In 1998