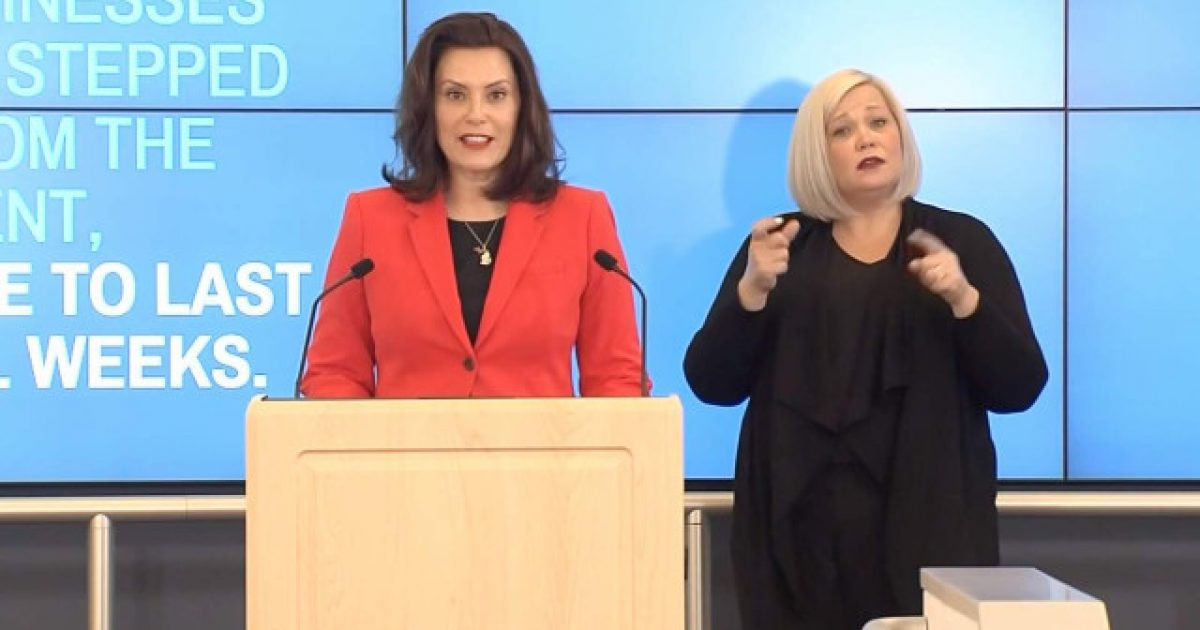 It seems that Michigan Gov. Gretchen Whitmer is watching her chances of being chosen as Joe Biden’s vice president for the upcoming election are getting slimmer by the minute as more and more resistance to her governorship rises up after two very unflattering stories emerge about her and how she’s handled the coronavirus pandemic in her state.

However, she’s not alone in scrutiny. Michelle Lujan Grisham of New Mexico is also being criticized for her handling of the crisis.

The criticisms of both women have happened simultaneously, after reports emerging detailing how they violated their own lockdown rules for personal benefit.

In April, Lujan Grisham reportedly purchased jewelry from a close friend who runs a store in Albuquerque despite issuing an order just days before, asking that New Mexicans only leave home for food and medical supplies.

“We are in really tough financial times as a state. It mirrors the incredible, personal sacrifices that happen every single day because people have limited their ability to work, telecommuting, and many people, in fact, have lost their jobs,” she said on April 3.

Lujan Grisham’s office maintains that she did not violate the order because the transaction was “entirely contact-free,” as Lujan Grisham had a friend pick up the purchased piece of jewelry at the owner’s home. Republicans in the state noted that curbside pickup from stores wasn’t allowed until May 1, weeks after Lujan Grisham bought the jewelry.

The New Mexico Republican Party posted up a tweet on Wednesday saying, “Our Governor is the latest Democrat to decide that the rules they impose on their citizens to address the COVID-19 pandemic don’t apply to her. A bombshell report reveals that the governor violated her own stay-at-home order to stock up on some high-end jewelry.”

A day before that, Gov. Whitmer addressed reports concerning whether or not her husband had used her name at a dock in order to get their boat placed in the water faster ahead of the rush from Memorial Day weekend.

Whitmer went on to claim this was a “failed attempt at humor,” saying, “My husband made a failed attempt at humor last week when checking in with a small business that helps with our boat and dock up north,” Whitmer said during a press conference Tuesday. “Knowing it wouldn’t make a difference, he jokingly asked if being married to me might move him up in the queue. Obviously, with the motorized boating prohibition in our early days of COVID-19, he thought it might get a laugh. It didn’t.”

All of this comes as the time for Biden to pick his running mate draws closer and closer. The former vice president spoke with donors during a fundraising event on Wednesday, saying he would announce his choice around August 1, noting his staff was in the process of making “basic cuts” of the candidates.

“I want to make sure that wherever I speak to, whoever I have, has some qualities that I don’t possess, as well as is willing to, in fact, tell me the truth, but also do it in a way that is between the two of us between her and me so that they can, in fact, be completely candid with me because I want to have people around me that have strengths and capacities I don’t,” Biden commented.