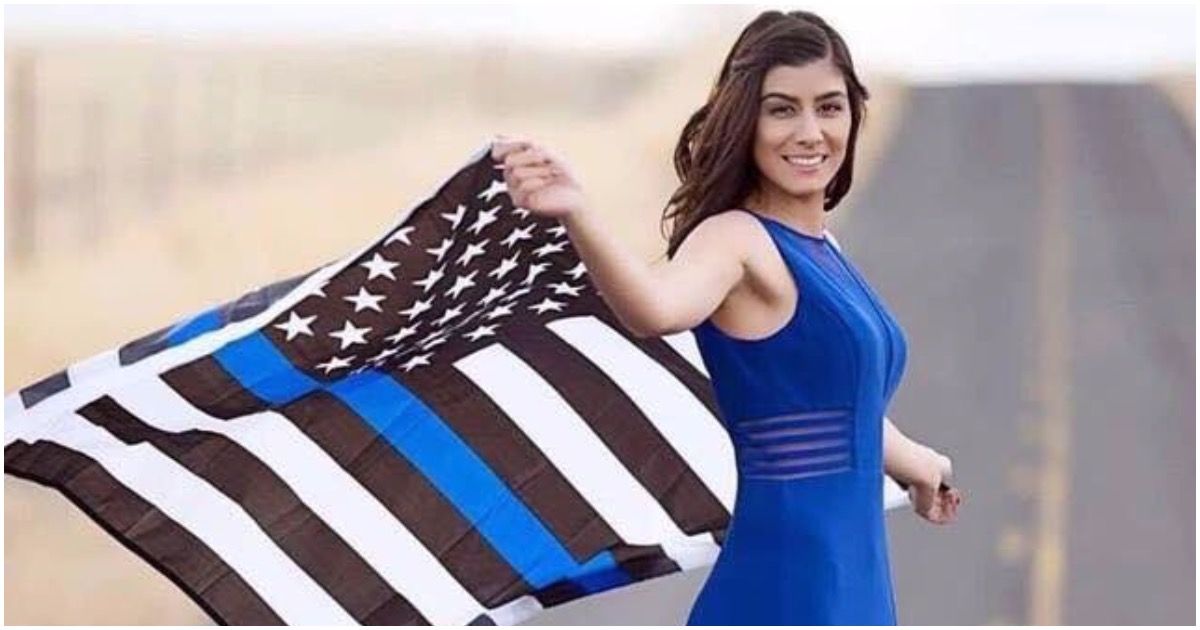 Two weeks on the job.

Is this not a HUGE deal?

#BREAKING: Picture of fallen #Davis police officer, Natalie Corona, taken during her August swearing-in ceremony by the @colusanewspaper. The 22 y/o was shot & killed Thursday while responding to a car crash. The suspect remains at large. pic.twitter.com/6maedjYIAJ

22-year-old Natalie Corona was murdered while responding to a car crash in Davis, California.

She was murdered 2 weeks after completing her field training. #FridayFeeling #NatalieCorona pic.twitter.com/VKfW4bsfUK

Davis police Officer Natalie Corona died as the result of a chilling, resolute ambush by a city resident on a bicycle who rode up to an accident scene she was investigating Thursday night, then opened fire with a hail of bullets from a semiautomatic handgun, police said.

Chief Darren Pytel described an inexplicable attack that began just before 7 p.m. near 5th and D streets as Corona responded to a minor three-car collision.

As she stood talking to one of the motorists, the gunman glided up on a bicycle, stopping in the shadows on a sidewalk, then walked toward the 22-year-old rookie police officer and began firing.

“The suspect basically just opened up firing, shot her once and she went down to the ground, and he ended up shooting her multiple times,” Pytel said at a news conference Friday night at police headquarters. “At that point, he unloaded a magazine, reloaded and started shooting in another direction.”

Another young female office, Chateri Payne of the Shreveport PD, was also killed in cold blood:

On Wednesday night in Shreveport, Louisiana, Officer Chateri Payne, who’d just graduated from the police academy Nov. 16, was shot and killed while she was leaving her home in uniform en route to her night tour.

Various NYPD Twitter accounts, including that of NYPD Commissioner James O’Neill, tweeted about both of the deaths.

Shreveport Police Chief Ben Raymond: “Every life is precious and the taking of any human life is unacceptable, but when a servant who has taken an oath and committed their life to protecting others is violently taken from us, we all collectively feel the pain of that loss.”

“It has been said when a police officer is killed, it’s not an agency that loses an officer, it’s an entire nation. Those words solemnly read true today.”

Another Honduran Migrant Caravan Has Formed, Headed Straight to U.S.

WATCH: FBI Opened Investigation to Learn If Trump Was ‘Secretly A Russian Agent’