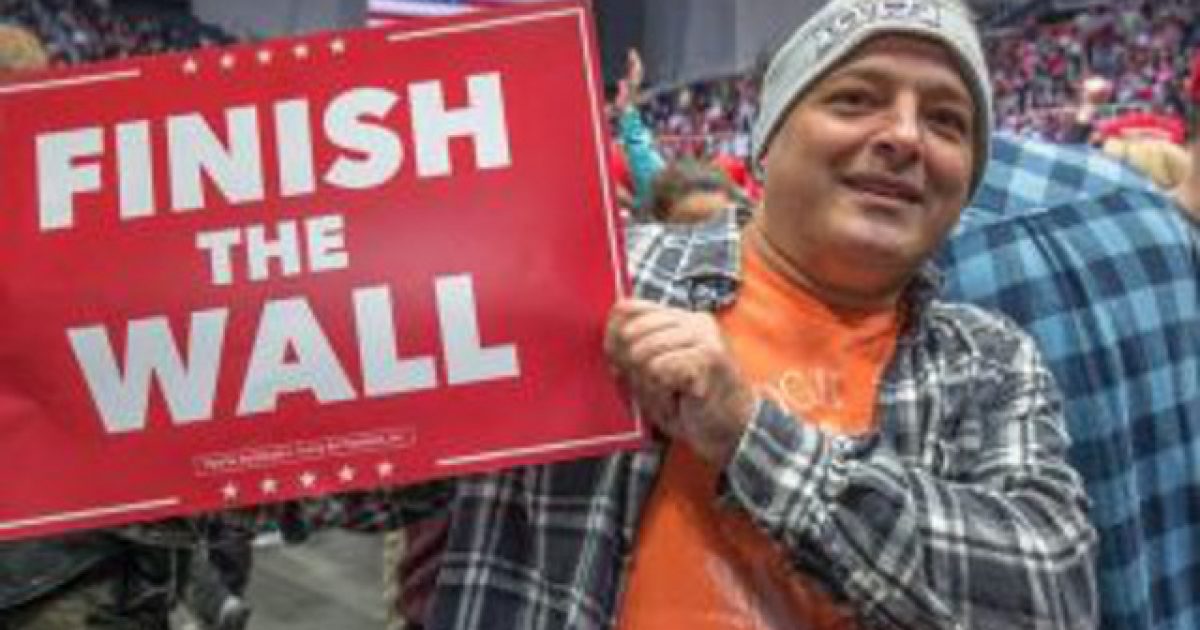 A restaurant owner from the city of Charlotte, North Carolina is receiving a whole lot of bitter hate after a photograph was taken of him holding up a “Finish the Wall” sign at a Trump rally held in the area.

Grant Baldwin, a Charlotte Business Journal photographer took the picture of George Prisco holding the sign, which has now led to hundreds of people stating they are going to boycott his restaurant.

Now, hundreds are responding to the photo of him posed next to the three-word phrase, on social media.

“Anybody making that statement has to be aware of how that’s going to affect certain people who hear it,” immigrant advocate Kelly Carter says. “And could be hurtful, and damaging, and stereotyping.”

Carter is one of hundreds on social media sharing a post of the photo, and one of several writing a bad review for Prisco’s restaurant – Krazy Fish in Plaza Midwood.

“Someone was caught doing something racist,” she says. “And they need to be held accountable for that, publicly.”

Prisco says he’s not against immigration, and that his parents were Italian immigrants.

“I just want people to come here legally,” he says.

Carter went on to say that Prisco has every right to share his views, however, according to her, these views are “racist and xenophobic,” therefore people have a right to respond to that by choosing to go elsewhere for business.

This might not be a very popular thing to say, but Carter is absolutely right. Don’t conservatives do that exact same thing all the time? A company comes out in favor of a liberal policy position or candidate and there’s an immediate call for a boycott.

It’s been done a million times. No conservative, who truly values the First Amendment and the free market system, should be against these folks choosing to respond to Prisco’s political position by standing up for their own belief and opting to dine elsewhere.

That being said, it seems pretty obvious that Carter’s take on Prisco’s views are flat out wrong. Sure, there are probably some folks who want the wall built because they despise folks based on race. We can’t deny that. However, that doesn’t mean that every single person who is in favor of a strong, secured border is racist.

Let’s try to be consistent conservatives and not jump all over the left for employing tactics we use ourselves, as that just weakens our example and prevents us from being able to win over hearts and minds to our value system.