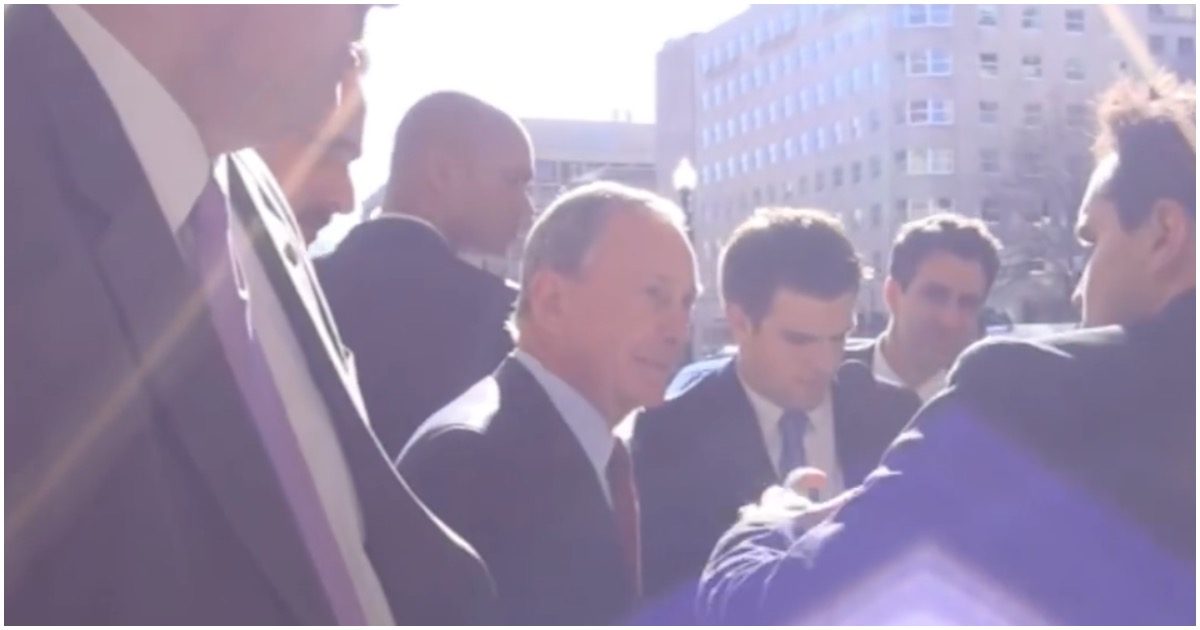 Like the vast majority of his Democrat peers, 2020 presidential candidate Michael Bloomberg is a big advocate for restricting the rights of law-abiding Americans when it comes to the Second Amendment. From Washington Examiner:

Citing shifting demographics that have moved Texas from a firmly red Republican state to a purple voting block that threatens to upend future elections, a Mike Bloomberg-backed gun control organization is ready to spend big with the hopes of changing gun laws in the state.

Everytown for Gun Safety, one of the most successful gun control groups in the United States, is heavily funded by Bloomberg and pushes firearm restrictions, expanded background checks, and controversial red flag laws. A memo detailing Everytown’s strategy to win suburban votes and influence the Texas Legislature to pass gun control legislation was shared exclusively with Hearst Newspapers on Wednesday.

At Wednesday night’s liberal debate in Las Vegas, Bloomberg took a beating from the other candidates on stage.

Buttigieg knocks Sanders and Bloomberg as "a socialist who thinks capitalism is the root of all evil and a billionaire who thinks money ought to be the root of all power…Let’s put forward someone who’s actually a Democrat. #DemDebate pic.twitter.com/myHyeJOwnj

“Mini Mike,” as he has been referred to by President Trump, certainly isn’t expected to win the far-left party’s nomination this summer, at least not by himself. But if he added Hillary to the mix he might give himself a slightly better chance.

Mike Bloomberg could team up with Hillary Clinton to try to take down President Trump in November — by making her his running mate.

I would not be where I am today without the talented women around me. I've depended on their leadership, their advice and their contributions. As I've demonstrated throughout my career, I will always be a champion for women in the workplace. https://t.co/WU2FqULgdU

A Bloomberg campaign insider told The Post that the two have long been simpatico – going back to the days when she represented New York in the U.S. Senate and he was Gotham’s mayor.

Clinton said last week that she would “probably” not accept an offer to run as another Democrat’s veep – which would be a demotion of sorts after serving as Secretary of State under President Obama and as her husband’s principal adviser and unofficial deputy during President Bill Clinton’s two terms.