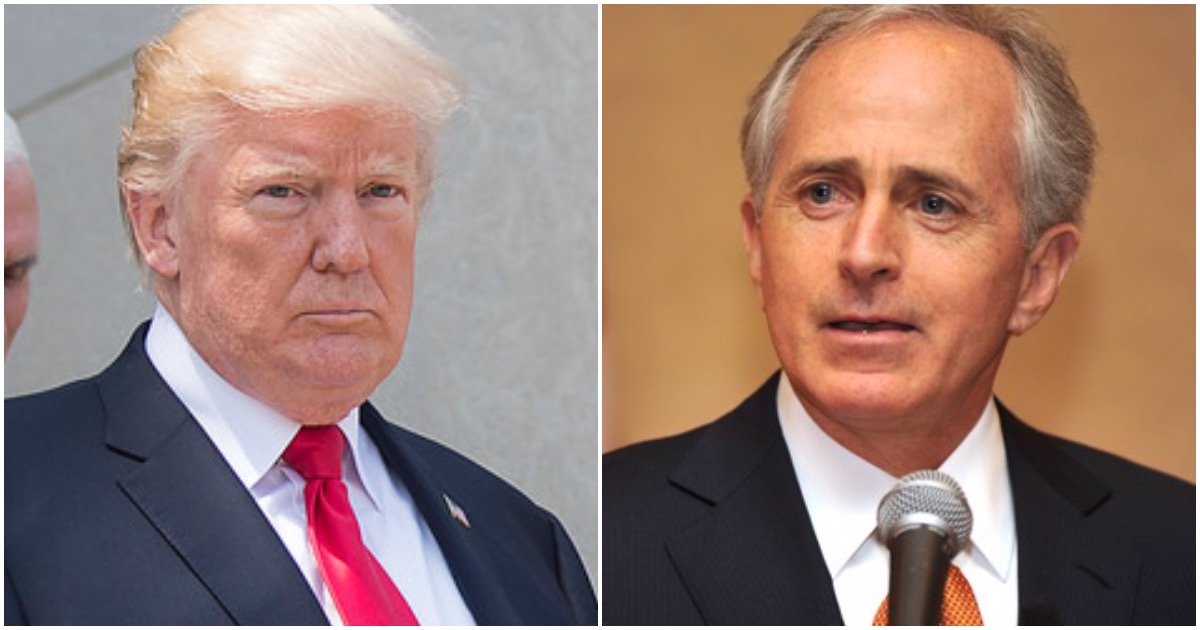 Trump and Corker haven’t seen eye to eye for a while.

Senator Bob Corker just stated that, “I’m so priveledged to serve in the Senate for twelve years, and that’s what I told the people of our state that’s what I’d do, serve for two terms.” But that is Not True – wanted to run but poll numbers TANKED when I wouldn’t endorse him…..

…..Bob Corker was responsible for giving us the horrible Iran Nuclear Deal, which I ended, yet he badmouths me for wanting to bring our young people safely back home. Bob wanted to run and asked for my endorsement. I said NO and the game was over. #MAGA I LOVE TENNESSEE!

Yes, just like Mexico is paying for the wall… #AlertTheDaycareStaff https://t.co/4LwrkrSFFr

Corker blasted Trump for the shutdown:

Corker called Sunday the partial federal government shutdown an unnecessary action and a “made up fight” perpetrated by the president.

“This is a purposefully contrived fight,” the Tennessee Republican said on CNN’s “State of the Union” on Sunday morning.

Trump fans will love it.

Mainstream media reporters, Congressional Democrats, and liberals from coast to coast will absolutely hate it.

President Donald Trump tweeted out a photo of his new proposed border wall on Friday which shows a wall comprised solely of metal bars with spikes on top.