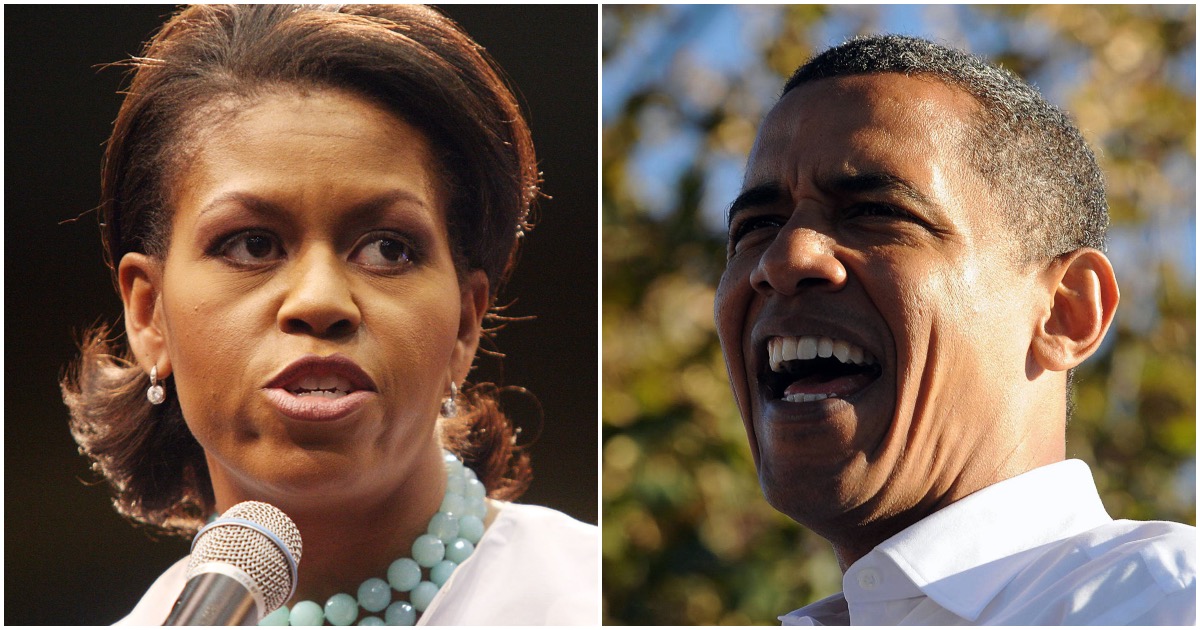 The Obamas were worth just north of a million before heading to 1600 Pennsylvania Ave. in January 2009.

Any guesses as to how much they’re worth today?

Here are the real numbers…

These endeavors — along with the six-figure pension all former presidents receive — have significantly contributed to the Obamas’ net worth, which is at least $40 million, according to a 2018 GoBankingRates estimate. The New York Post recently pegged their fortune much higher, at $135 million.

Now, the couple are set to earn even more thanks to a deal with Spotify.

Remember back in 2017 when Spotify created a position of President of Playlists that had Barack Obama’s name written all over it? Well, President Obama didn’t take that job, but he is now working at Spotify.

Today, Spotify announced that Barack and Michelle Obama’s production company, Higher Ground, has signed a partnership deal to produce podcasts that are exclusive to the streaming platform. The podcast deal is similar to the production deal the Obamas signed with Netflix. In the multi-year Spotify deal, the Obamas will develop, produce, and “lend their voices” (guessing that means host?) to select podcasts on a variety of topics. The podcast deal extends their storytelling and their mission to lift up new, diverse voices from film and television to the audio world. (And don’t tell Luminary, but this might mean that Spotify is actually the Netflix of podcasts.)

Michelle says President Trump has put her “family’s safety at risk” in an excerpt from her book.

Because she’s trying to sell a book, no doubt.

Trump explains how Obama depleted the military during his eight years in the Oval Office. Michelle, it would seem, is seeking to make headlines.

She is smart. Very smart.

Like, smarter than every person she’s ever been around. At least, that’s how she made it sound.

Michelle added, “We mistakenly thought that Barack Obama was going to erase hundreds of years in history in eight years—that’s ridiculous to think that could happen.”

NOT A JOKE: Joe Biden Promises to Cure Cancer If He Is Elected President In 2020 (Watch)

WATCH: Mini-AOC Is Back With A Hilarious ‘Re-Election’ Video, & It’s Easily Her Best One So Far