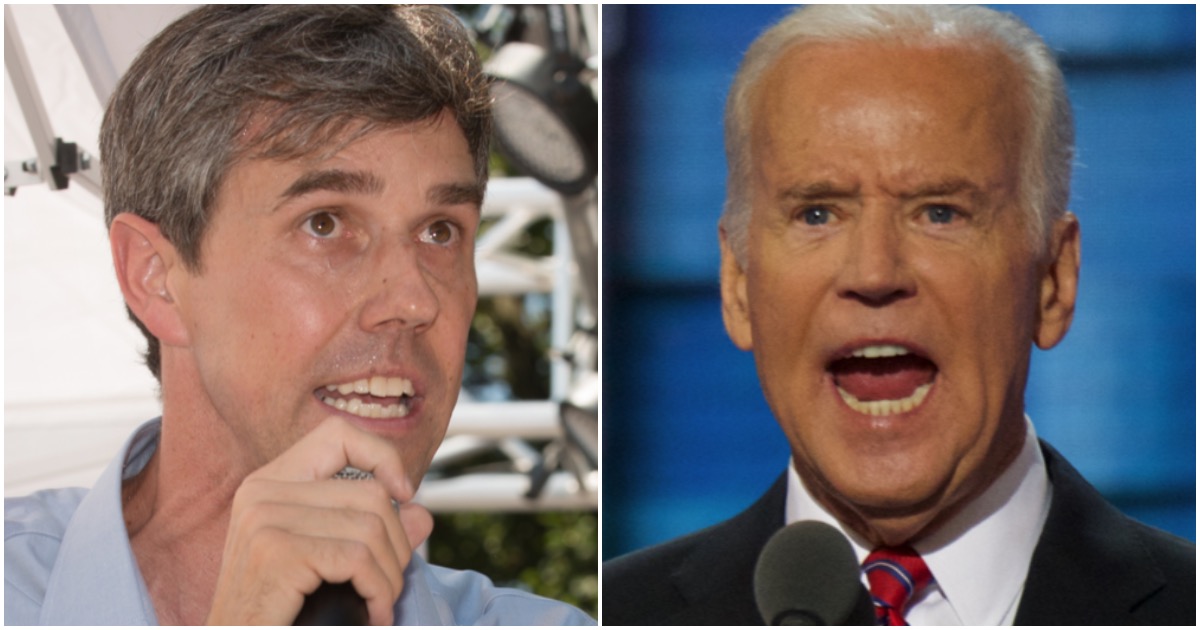 Former Democrat Congressman Beto O’Rourke couldn’t win a Senate race in Texas but is for some reason still entertaining the notion of running for president in 2020.

If he doesn’t run, it appears he already has a backup plan.

That is, of course, if Joe Biden decides to run for president and actually wins his party’s nomination.

Former Texas Senate candidate Beto O’Rourke is often mentioned as a top contender for the Democratic presidential nomination in 2020, but it seems he has his eyes on a different job — and he may already have been offered his dream position.

If he’s looking to be Vice President, his dream job is likely open to him. According to Marketwatch, Joe Biden — who has yet to enter the race himself, but who is leading the pack in nearly every poll in every early primary state — had his aides reach out to O’Rourke late last year, with the possibility of a Biden-Beto ticket.

“Advisers to former Vice President Joe Biden, who is considering a White House run of his own, said in December that they’d approached O’Rourke’s camp about his being a vice presidential candidate. O’Rourke said then that he’d not spoken to Biden, and his camp hasn’t dismissed the idea since,” the outlet reported.

The mashup makes sense: O’Rourke would provide a more progressive facet to an otherwise mostly moderate Joe Biden campaign. Although Biden was a key part of the Obama White House, his legislative history goes back decades, and is often at odds with the level of “wokeness” the Democratic Party now expects from its candidates.

That’s all because of President Trump and Republican policies, Joe.

“No one doubts what I say; the problem is I sometimes say all that I mean. The question is what kind of nation are we becoming?“

Dem Rep. Goes On CNN to Blast Bernie 2020, Says Socialist Should Not Run As Dem