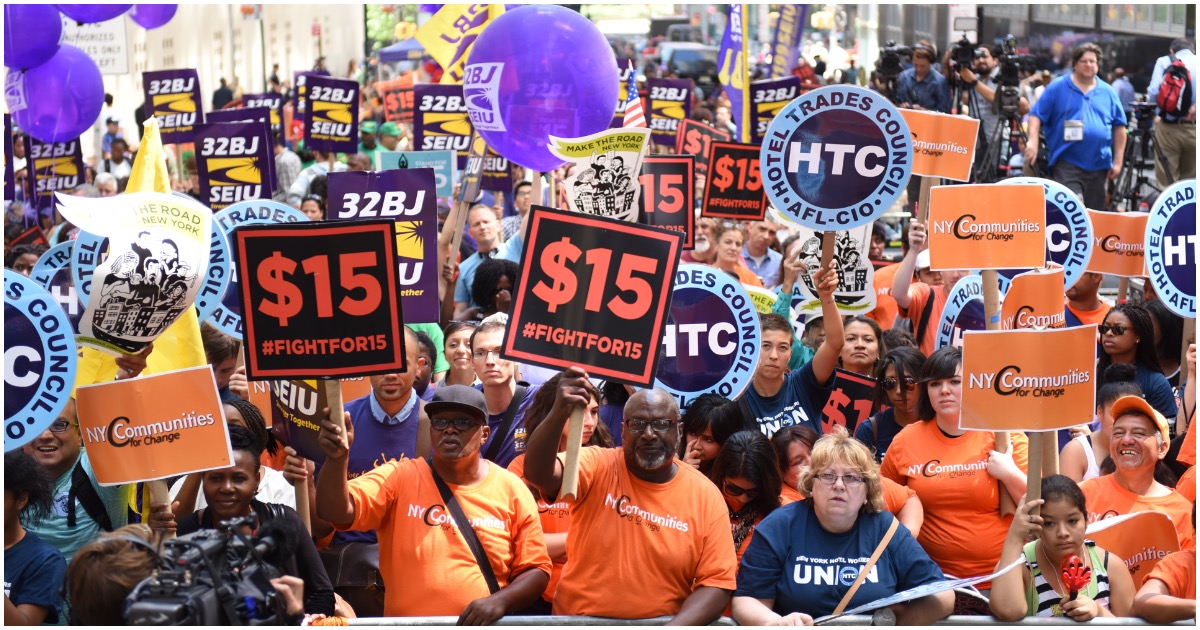 A $15 minimum wage for low-skilled workers sounds good in theory. If companies can afford it, then do it.

But most businesses can’t afford it. That’s why there is such pushback.

It doesn’t take a rocket scientist to figure out that spiking wages will cause companies to cut back workers’ hours, stop hiring, raise prices, and potentially go out of business entirely.

And yet, uninformed liberals keep fighting the fight just to hear their own voices.

Related Topics:CBOFeaturedfight for 15minimum wage
Up Next

WATCH: Trump Goes After AOC Harder Than Ever Before, & It Will Be Tough for Her to Recover