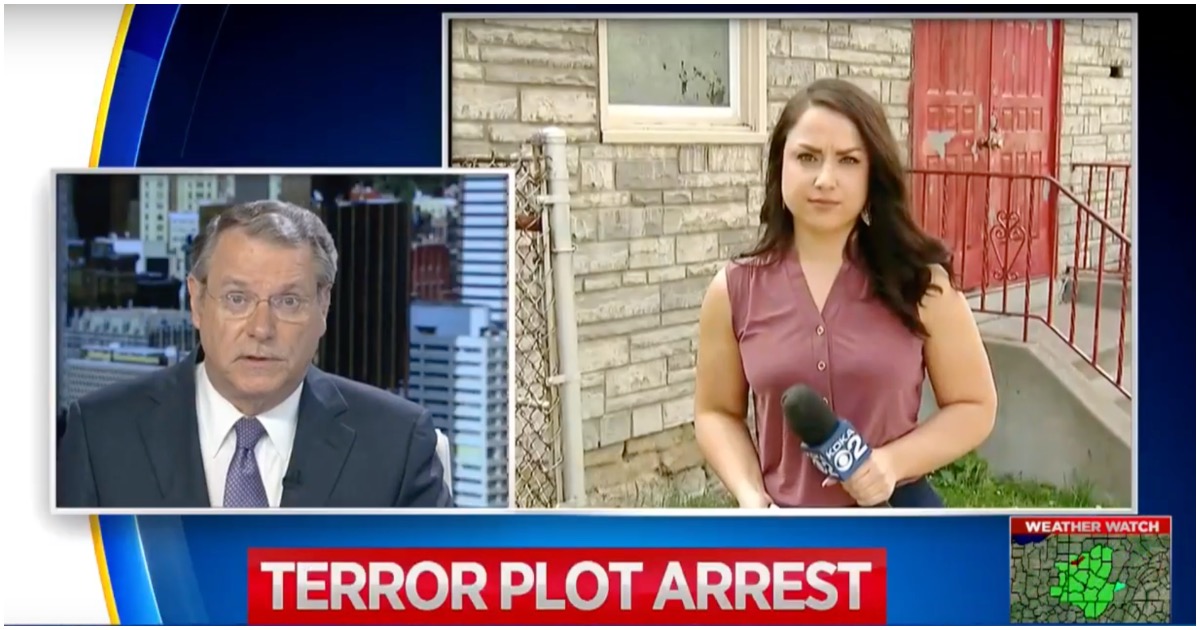 When will we ever stop hearing about these radical Christians threatening to murder innocent people en masse?

Wait. That can’t be right…

A 21-year-old Pittsburgh resident and Syrian refugee accused of planning an attack on a Christian church on the city’s North Side and providing resources to ISIS has been arrested.

Mustafa Mousab Alowemer, 21, was arrested Wednesday based on a federal complaint charging him with one count of attempting to provide material support and resources to ISIS, and two counts of distributing information relating to an explosive, destructive device or weapon of mass destruction in relation to a plan to attack a church.

The NRA has done more to promote gun rights and gun safety than any other organization.

To the left, though, they are nothing more than a radical group that must be squashed.

Check out how a state lawmaker feels about the NRA:

The NRA is hereby recognized as terrorist organization… in my book anyway.

Reactions from proud Americans who point out what Ramos really means:

An elected lawmaker referring to an organization of millions of Americans, many in NY, as "terrorists" simply because she dislikes their advocacy for constitutional rights. https://t.co/4CUjYjYf6v

You just labeled millions of Americans as terrorists. Congrats! Your district must be so proud.

Also, I’m interested in learning how @jessicaramos would define the crimes of millions of Americans who unite to advocate for 2A — important, as the penalties range from capital punishment to imprisonment. I’d like to know which she’s calling for. https://t.co/BZCFONsK8r

@DLoesch brings up a great question, I’m a lifetime member of NRA, so I’m guessing in your book I’m a terrorist, what punishment can I a peasant expect from the ruling class @jessicaramos ? https://t.co/0zshwfC7uQ

The @NRA on behalf of its members defends the constitution and specifically the #2A against unconstitutional laws and regulations. @jessicaramos please explain how this is terrorism?

Dear @jessicaramos,
My name is Kimiko Ramirez. Like you, I have a Hispanic last name. I’m proud to be an American and love my country. I’m a single mom, former educator and a good person. Please explain to me why this makes me a terrorist in your eyes. I deeply hurt by your words

Trump Raises RECORD-BREAKING Amount of Cash, More In 24 Hrs Than Any Dem In A Quarter