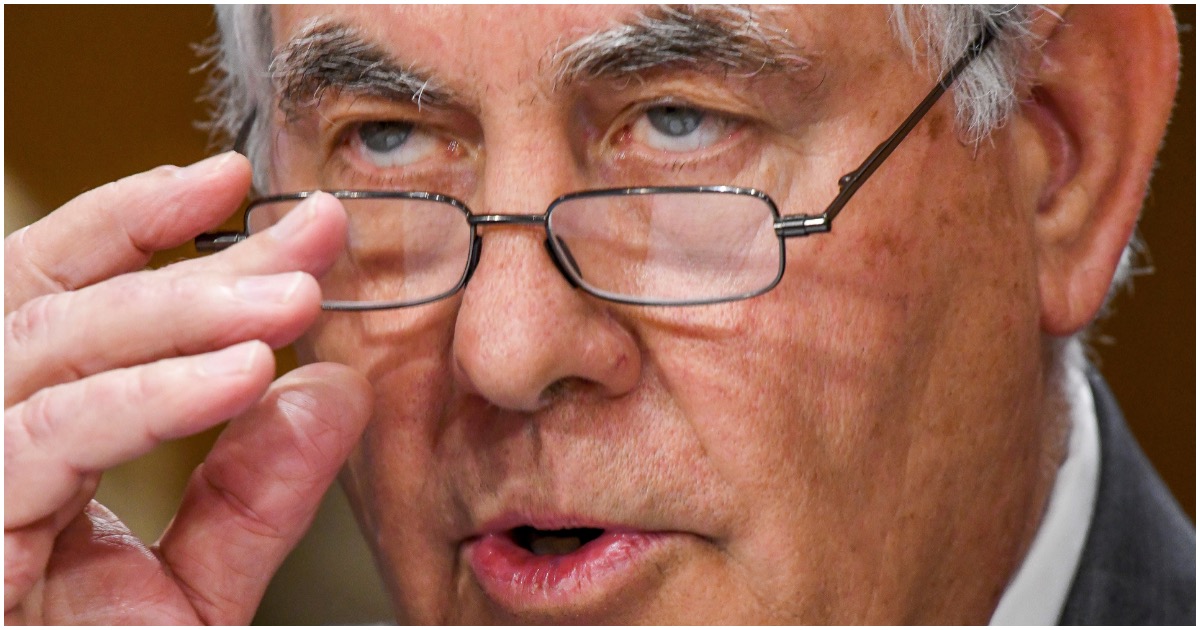 Former United Nations ambassador Nikki Haley has a new book coming out. In order to sell copies, she’s promoting it. No shock there. But haley dropped some pretty big bombshells against Rex Tillerson and John Kelly.

Haley claims the former secretary of state and White House chief of staff told her to oppose President Trump to “save the country.” Now, Rex has responded.

“During my service to our country as the Secretary of State, at no time did I, nor to my direct knowledge did anyone else serving along with me, take any actions to undermine the President,” Tillerson told The Washington Post in a statement. “My conversations with the President in the privacy of the Oval Office were always candid, frank, and my recommendations straightforward. Once the President made a decision, we at the State Department undertook our best efforts to implement that decision.”

Tillerson, who served as secretary of State during Trump’s first year in the White House, added that Haley was “rarely a participant” in the many meetings he had with the president and that she wouldn’t be in a position to know what he said.

He added, “It was challenging for me coming from the disciplined, highly process-oriented ExxonMobil Corporation to go to work for a man who is pretty undisciplined, doesn’t — doesn’t like to read, doesn’t read briefing reports, doesn’t — doesn’t like to get into the details of a lot of things but rather just kind of says, look, this is what I believe and you can try to convince me otherwise, but most of the time you’re not going to do that.”

Rex continued, “When the president would say, ‘Here’s what I want to do, and here’s how I want to do it,’ and I’d have to say to him, ‘Well, Mr. President, I understand what you want to do but you can’t do it that way. It violates the law, it violates the treaty, you know.’”

He went on, “I didn’t know how to conduct my affairs with him any other way than in a very straightforward fashion. And I think he grew tired of me being the guy every day that told him, ‘You can’t do that, and let’s talk about what we can do.’”

Rex also said Trump won in 2016 because voters were “disengaged” on important issues.

Rex noted, “I will be honest with you, it troubles me that the American people seem to want to know so little about issues that they are satisfied with a 128 characters. I don’t want that to come across as a criticism of him. It’s really a concern that I have about us as Americans and us as a society and us as citizens.”

As you’d expect, Trump fired back at “lazy” and “dumb as a rock” Tillerson…

Mike Pompeo is doing a great job, I am very proud of him. His predecessor, Rex Tillerson, didn’t have the mental capacity needed. He was dumb as a rock and I couldn’t get rid of him fast enough. He was lazy as hell. Now it is a whole new ballgame, great spirit at State!