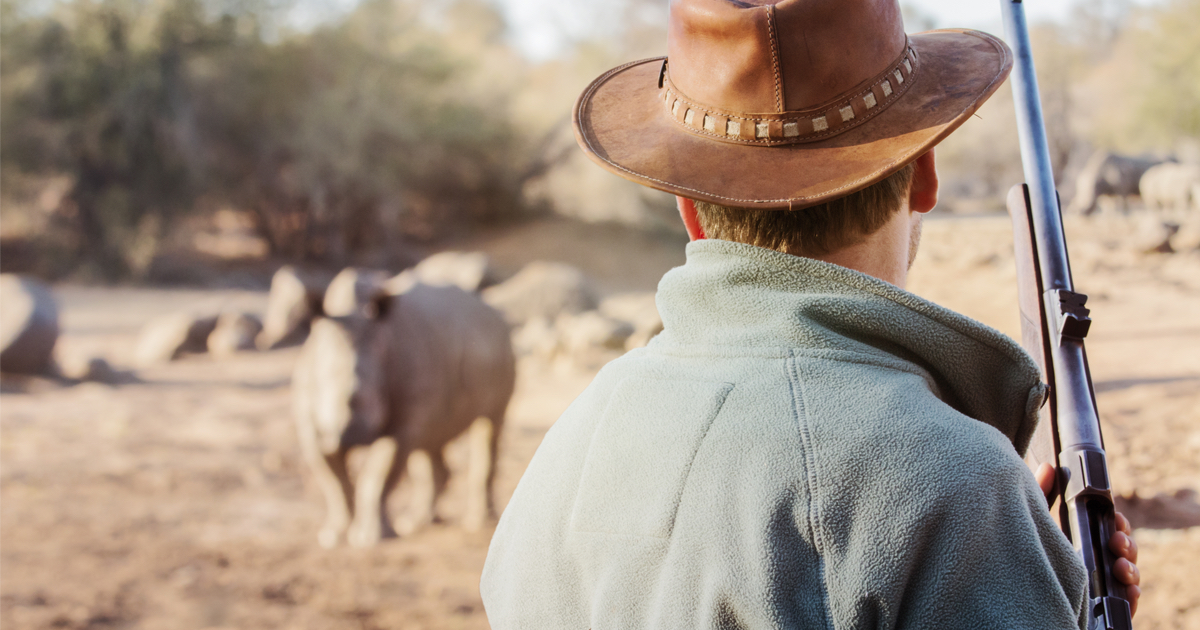 Greed is a hell of a drug.

Greed is what makes a wealthy man and addicted man.  It’s the idea that you can never have enough, no matter the consequences to the world around you.

Don’t get me wrong: Winning and achieving are great, but there are costs to be considered.

For wildlife poachers, the reward is dirty money…and lots of it.  Items such as rhinoceros horns can go for as much as $60k per kilo – an amount that makes cocaine look like over-the-counter DayQuil in comparison.

Of course, the reason for this enormous price tag is the rarity of the item, with poachers having nearly caused the extinction of several species of Rhinoceros over the course of the last few decades.

But, as Jeff Goldblum famously says in the 90’s blockbuster Jurassic Park, “life finds a way”.

One poacher in Africa has learned that lesson the very hard way.

Only a skull and a pair of trousers remained after a suspected rhino poacher was killed by an elephant and then eaten by lions in Kruger National Park, South African National Parks said.

The incident happened after the man entered the park with four others to target rhinos, according to a parks service statement released Friday.

His family were notified of his death late Tuesday by his fellow poachers, and a search party led by Kruger’s regional manager, Don English, set out to recover the body. Rangers scoured on foot and police flew over the area, but due to failing light, it could not be found.

The poacher likely didn’t deserve such dignity, but the search went on.

The search resumed Thursday morning and, with the help of added field rangers, what was left of his body was discovered.

“Indications found at the scene suggested that a pride of lions had devoured the remains leaving only a human skull and a pair of pants,” the statement said.

Black Rhino populations are on the rise, however, having hit a low point of around 2,400 animals in the mid-90’s.