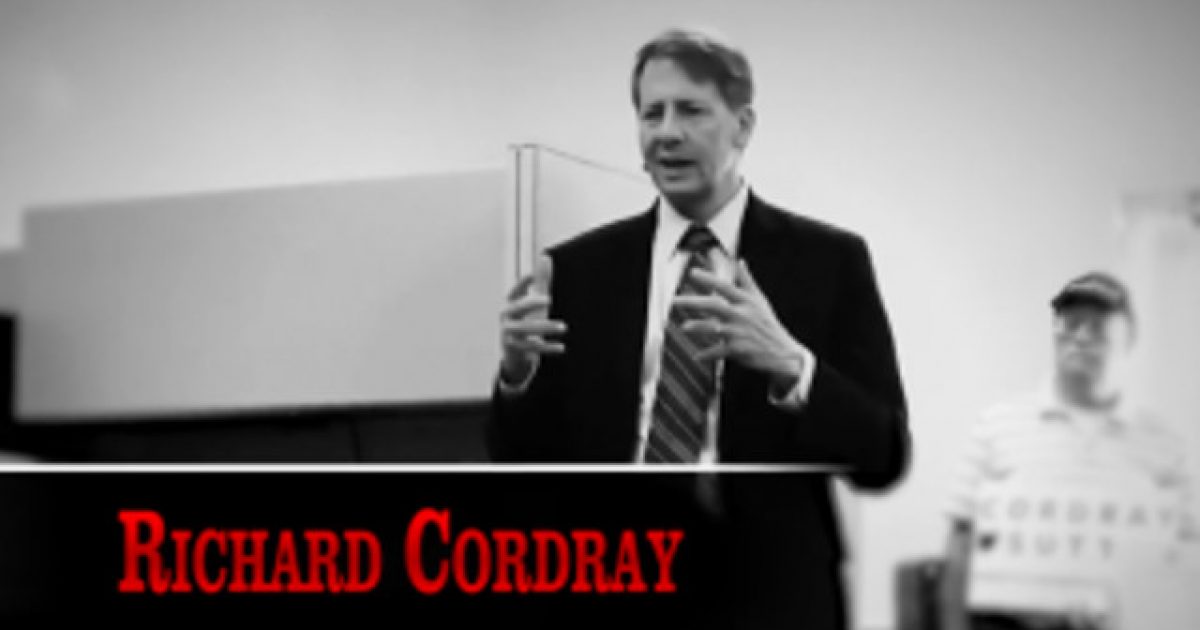 Military veterans from the state of Ohio are none too happy with Democrat Richard Cordray, who is running for governor of the state, after he made comments comparing Republicans and the Trump administration to Nazis.

Isn’t it ironic the left continually throws out the Nazi card against conservatives, yet the very ideals espoused by many Nazis are actually pillars of the progressive platform? It’s very humorous in a dark sort of way.

Military veterans condemned Ohio Democrat Richard Cordray, a current candidate for governor, in a new ad for his comparisons of the Trump administration and Republicans to Nazis.

Cordray twice made the comparison during campaign events.

“Richard Cordray is not capable of governing the state of Ohio,” Herdman said.

“A leader doesn’t say anything like that,” Francioli said.

“You don’t go out and compare the White House with Nazi Germany,” Herdman said.

“Richard Cordray needs to apologize for that sort of rhetoric,” Herdman said.

The Cordray campaign has said he regrets making the comparison, claiming he was only repeating others’ comments. A coalition of three elected Republicans who are also veterans–Perrysburg City Councilman Haraz N. Ghanbari, Franklin County Auditor Clarence Mingo, and Franklin County Auditor Brian Stewart–have all called for an apology from Cordray.

It’s really well past time for the left in this country to use some of that creative passion burning in their bones to come up with some brand new insults instead of the same old tired spiel. Nazis and racism are tired tropes and untrue stereotypes that have been debunked time and again.

Guys, get some new material. Perhaps, if it doesn’t tax you all too much, try actually engaging the issues instead of name calling, putting together solid arguments supported by facts that can be presented on the battlefield of ideas.

Man Arrested For Smashing Police Cruiser Window With a Brick, Now He’s Being Charged With a Hate Crime. Here’s Why.