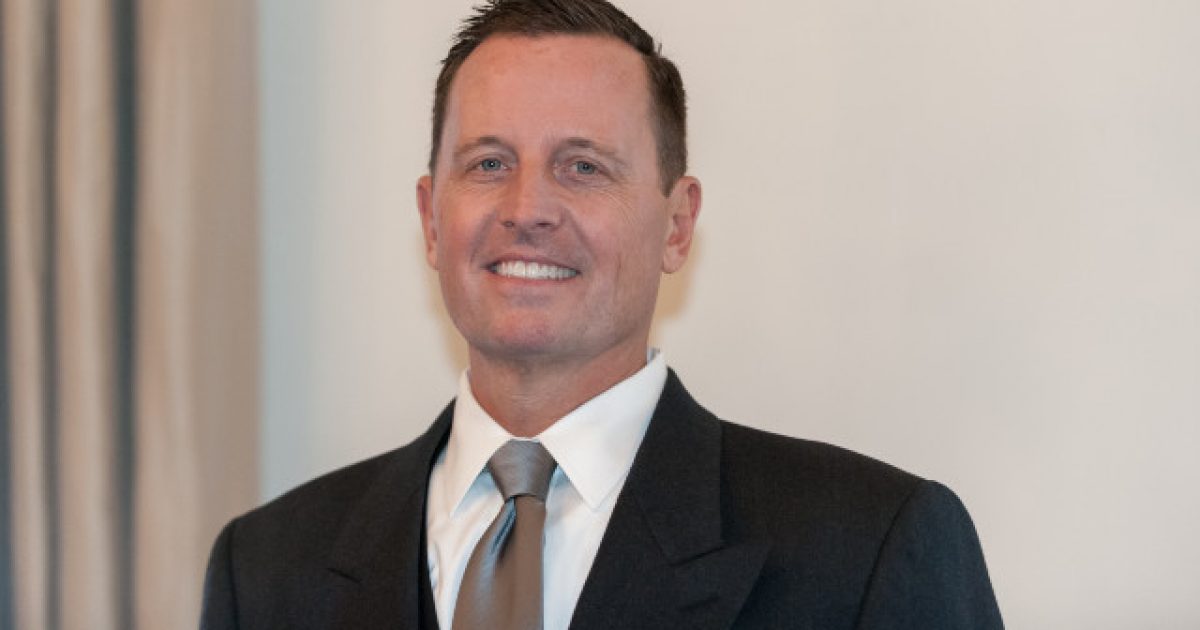 Richard Grenell confirmed over the weekend that he was indeed going to be stepping down from his post as ambassador to Germany around the same time that he will be ending his work as the acting director of national intelligence.

Media outlets in Germany have been reporting on his departure from the post over the weekend, however, he himself said this has been the plan for the last two months.

“True,” he said in response to a tweet from a Daily Wire reporter who said Grenell told him in March this was the plan after President Trump renominated Rep. John Ratcliffe to be his nominee for director of national intelligence.

Ratcliffe was confirmed by the Senate on Thursday and is expected to enter office next week.

Since May 2018, Grenell has been in his post as the ambassador to Germany, where he has been a staunch advocate for Trump’s foreign policy priorities. While he spent the past couple of days thanking supporters who praised him for his service, Grenell also responded to at least one diplomat who celebrated the news of his impending exit.

Andreas Nick, the head of the German Delegation to the Parliamentary Assembly of the Council of Europe, said on Monday that Grenell was acting as though he was “representing a hostile power.”

For a generation, each and every US Ambassador I got to know personally – career dipomat or political appointee alike – used to leave his post as a highly respected figure and trusted friend of Germany. Now someone leaves issuing threats as if he were representing a hostile power

Grenell fired back by stating that Nick was wanting him to stop calling for Germany to pay more cash into NATO. He went on to say that Nick wanted the US to no longer oppose the German deal with Russia to build a Nord Stream 2 pipeline as a means of transporting Russian oil.

“You always wanted me to stop asking you publicly to pay your NATO obligations and calling for an end to Nord Stream 2,” Grenell replied. “But these are US policies. And I work for the American people.”

Grenell has done an amazing job of helping to expose the Deep State plot against the president, which is has been a sight to behold. His release of certain documents has made James Comey, Rep. Adam Schiff, and a number of other folks involved in the scheme against Trump sweat through their suit jackets.

Here’s to hoping that something actually comes of all that and someone pays the piper for violating our most sacred principles.

President Trump No Longer Taking Hydroxychloroquine To Protect Against COVID-19