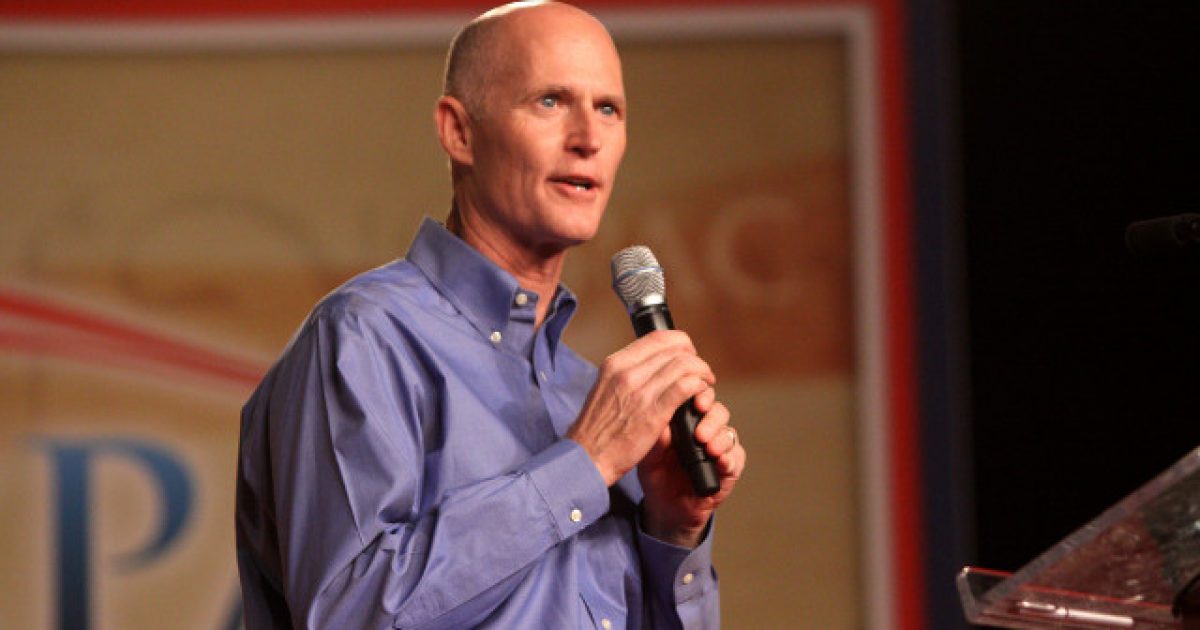 Florida Gov. Rick Scott does not play around when it comes to fraud, which he alleges is being conducted by “unethical liberals” in two deep blue counties that seem to be producing more and more ballots out of thin air.

The reason this is such a big deal is because Florida law requires reporting and transparency about all outstanding ballots, a legal obligation that’s apparently not being met by the counties in question.

Scott, who is locked in a tight race for U.S. Senate with incumbent Democrat Sen. Bill Nelson, filed lawsuits Thursday against the supervisors of elections in Broward County and Palm Beach County, Brenda Snipes and Susan Bucher, for “rampant fraud” and is calling on the Florida Department of Law Enforcement to investigate their actions.

Scott currently leads Nelson by fewer than 22,000 votes. He once had a more sizable lead, but Broward County has continued to release more results while failing to adequately disclose their ballot counts. The margin, which is only 0.2 percent, has triggered an automatic machine recount required for results with a margin of less than 0.5 percent.

“Every day since the election the left-wing activists in Broward County have been coming up with more and more ballots out of nowhere,” Scott told the press Thursday, ABC reports. “I will not sit idly by while unethical liberals try and steal this election from the great people of Florida,” he added.

Scott’s legal challenge has been joined by the National Republicans Senatorial Committee (NRSC), which likewise filed suits against both Snipes and Bucher.

Apparently, Snipes has a rich history of violating voting laws, something that was recently detailed in the Sun Sentinel:

The Broward County Supervisor of Elections Office violated state and federal laws by destroying ballots from a 2016 Congressional race too soon — and while the ballots were the subject of a lawsuit against the office, a judge has ruled. … The decision stems from Canova’s bid to unseat Congresswoman Debbie Wasserman Schultz in the Democratic primary, a race he lost convincingly, at about 57 percent to 43 percent, or 28,809 votes to 21,907.

Canova, who was checking for voting irregularities in the race, sought to look at the paper ballots in March 2017 and took Elections Supervisor Brenda Snipes to court three months later when her office hadn’t fulfilled his request. Snipes approved the destruction of the ballots in September, signing a certification that said no court cases involving the ballots were pending.

Snipes was fined for over $200,000 and her office was placed under close watch by the Department of State.

At the end of the day, this is definitely something that needs to be investigated, as the very integrity of our voting system is at stake in such matters.

One of the ways our republic functions is by allowing the people to govern themselves by having an active role in choosing their representatives. When the system that makes that possible comes under attack, it threatens the voice of the people.

The left, who tend to think they’re worldview is what’s best for the country, will do anything, including lie, cheat, and steal, in order to push their agenda. It’s critical then, that any time there appears to be fraud, especially in deep Democrat territory, it be investigated immediately.

Let’s hope the truth comes out and the voice of the people is protected from those who wish to corrupt it.