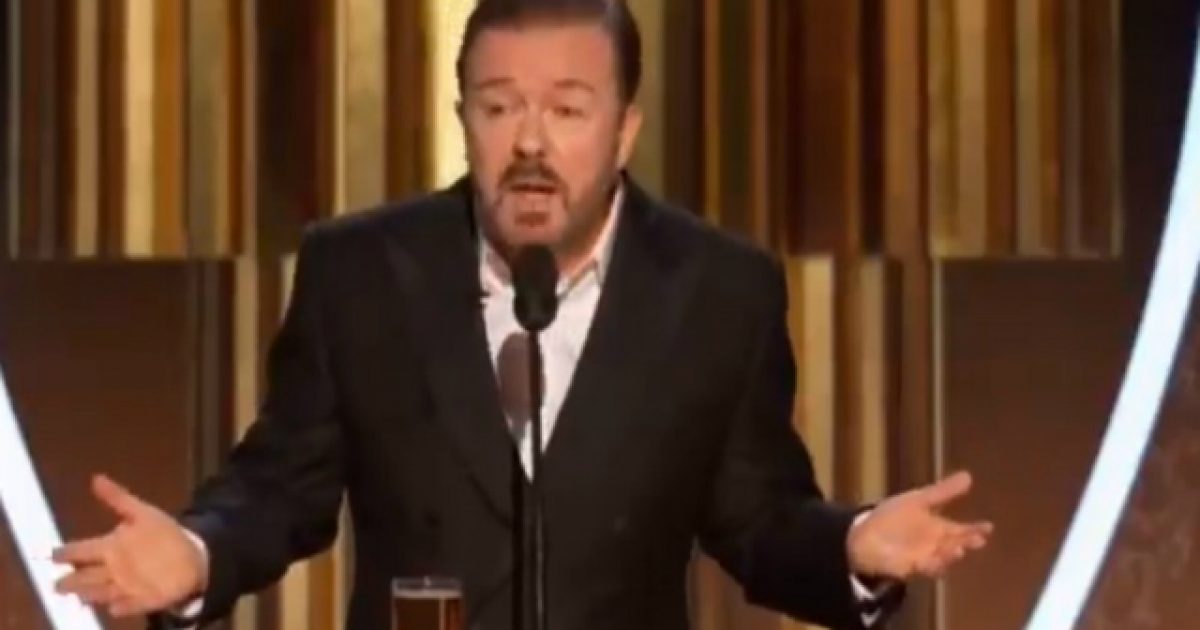 While just about everyone is talking about Golden Globes host Ricky Gervais’s opening monologue which totally eviscerated Hollywood political correctness and made more than a few of the hypocritical elite in the crowd uncomfortable, one of the biggest stingers to be dropped came toward the end of the program.

Gervais scorched Hollywood again over how everyone turned a blind eye to allegations of sexual assault leveled against movie mogul Harvey Weinstein.

This is brutal and hilarious at the same time.

“Last one, last one, come on guys,” said Gervais. “Our next presenter starred in Netflix’s Bird Box, a movie where people survive by acting like they don’t see a thing … sort of like working for Harvey Weinstein.”

The audience gasped and some clapped before Gervais turned his frustration toward the crowd.

Weinstein’s trial begins today as he faces two accusers in a landmark case. Mimi Haleyi claims Weinstein gave her oral sex against her wishes, and the second accuser, who remains anonymous, says Weinstein raped her in 2013.

Earlier in the evening, Gervais gave celebrities a tongue lashing in advance for using their time at the podium for political purposes, noting that the Hollywood elite “know nothing about the real world,” and “spent less time in school than Greta Thunberg.”

And let’s not forget about the little gem where Gervais said, “if ISIS started a streaming service, you would call your agent.”