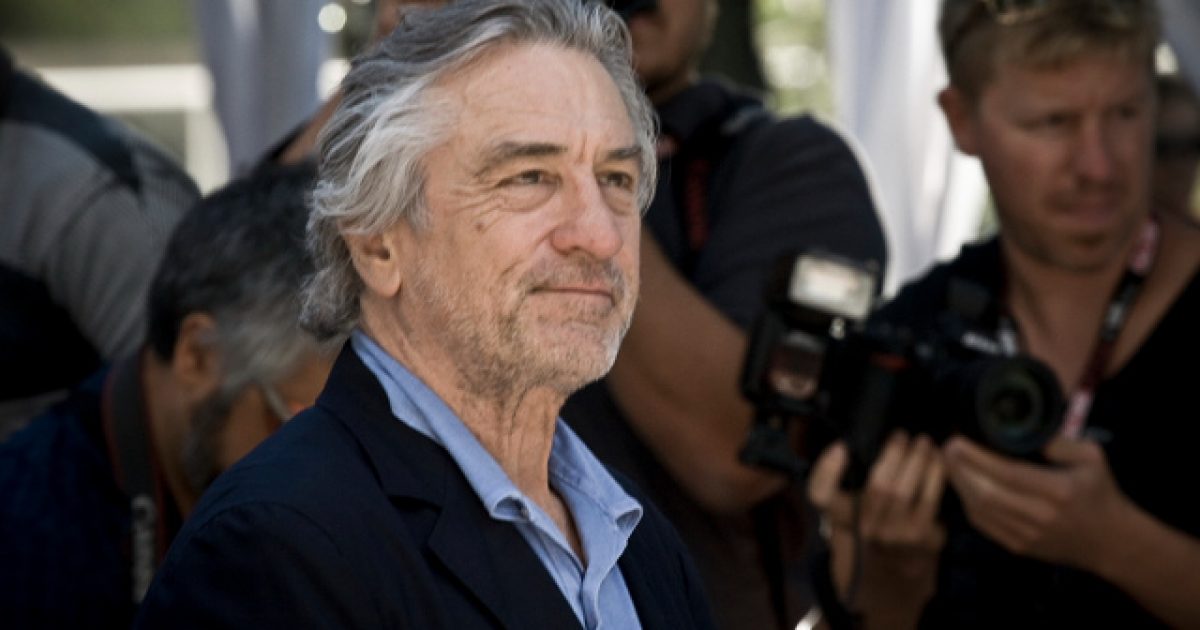 Actor Robert De Niro has not at all been shy about voicing his true thoughts and opinions about President Trump, having taken numerous opportunities to discuss how he wants to punch him in the face and has bad mouthed him endlessly, time and again in the media.

Maybe he’s doing a little method acting and is trying to recapture the character of Travis Bickle from Taxi Driver? Or he’s just a really big jerk.

Anyway, De Niro has once again gone off the deep end, going on an anti-Trump rant that turned a bit vulgar in front of high school students. Way to stay classy, Bob.

According to Page Six, the former “Taxi Driver” star said in front of a crowd of high school students that President Trump is spreading “bulls**t.” The actor delivered his comments during an awards ceremony for student recipients of the Rosemary Breslin American Writer Award in New York.

“The one characteristic that comes through all of your work that I read, and that is the same quality of everything that Jimmy Breslin wrote, is the truth,” De Niro said. “Our country is led by a president who believes he can make up his own truth. And we have a word for that — bulls**t.”

“So what about the truth? What does the truth even mean today? I mean, if you’re Donald Trump it doesn’t mean anything,” he continued.

De Niro’s candid speech was received with rounds of applause. This marks the second time the actor used a gala to spew his political screed. Speaking at a charity fundraising dinner for the Fulfillment Fund in March, an organization helping underprivileged children receive a higher education, De Niro seized the moment to brandish his woke cred.

“A college education is important, but education without humanity is ignorance,” began De Niro. “Look at our president. He made it through the University of Pennsylvania, so he was exposed to a quality education, but he’s still an idiot. And he lacks any sense of humanity or compassion.”

Doesn’t this sound like the well thought out, intelligent and coherent arguments of a mature older gentleman?

Yeah, we didn’t think so either.

Actors have every right to voice their thoughts and opinions on politics all they want. They don’t have to stay silent, regardless what others might say. However, there’s a time and a place for ranting. A speech in front of high school kids is probably not the best time to spew forth venom about Donald Trump.

This guy might need some counseling, because he’s really starting to lose it.