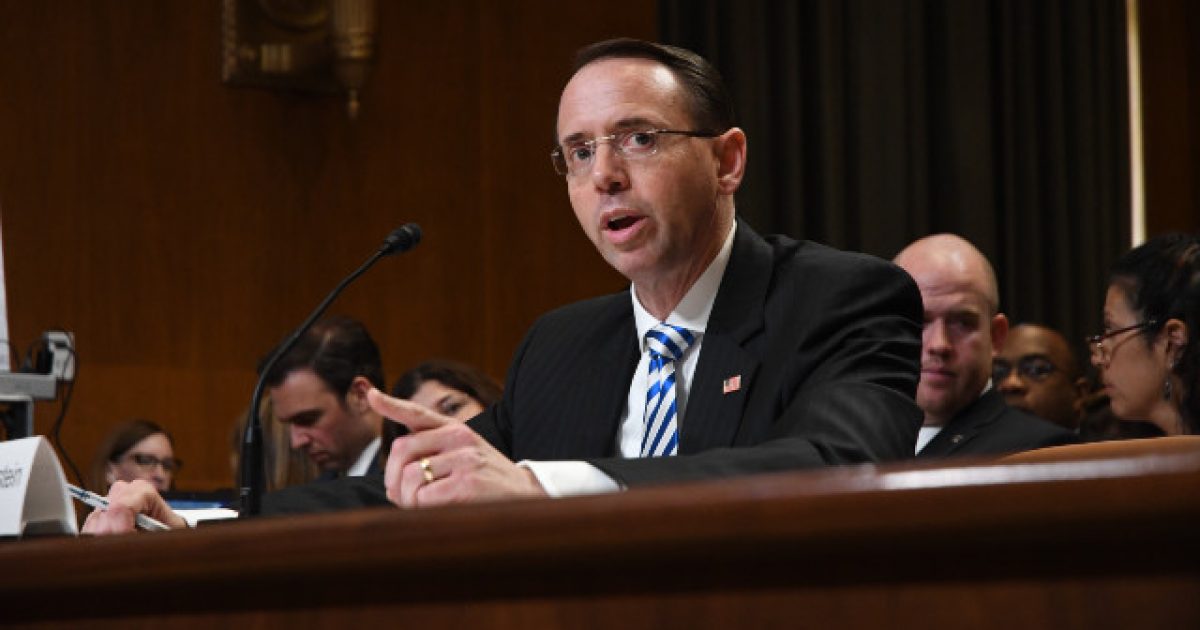 Former Deputy Attorney General Rod Rosenstein has come out and admitted that if he possessed the knowledge he now has, back before signing the FISA warrant for Carter Page, he would never have signed it.

Everything had a tendency to look clearer when you reflect back on it after the fact. The problem, of course, is that by then it is too late. This is why it is important to operate from a set of well-grounded principles that will guide you when things seem unclear. Just a thought.

Rosenstein, who also appointed special counsel Robert Mueller while overseeing the Russia investigation after then-Attorney General Jeff Sessions recused himself, testified in a public session with the Senate Judiciary Committee on Wednesday that he was unaware of the serious flaws with the Page FISA process that were uncovered by Justice Department Inspector General Michael Horowitz.

“If you knew then what you know now, would you have signed the warrant application?” Graham asked.

Rosenstein replied: “No, I would not.”

Graham went on to ask if the reason why he wouldn’t have signed it looking back on it now was because Mr. Horowitz found that exculpatory information was withheld from the court.

The report from Horowitz slammed the Justice Department and the FBI for what it called “17 significant errors and ommissions” related directly to the FISA warrants against Page in 2016 and 2017, along with the bureau’s heavy reliance upon the dossier put together by British spy Christopher Steele, which is also considered to be flawed.

Steele was commissioned to put together the package containing his “research” by Fusion GPS, which was funded by Hillary Clinton’s 2016 presidential campaign, along with the Democratic National Committee through the Perkins Coie law firm.

Some recently declassified footnotes from the FBI have revealed that they were well aware of the fact that many of Steele’s subsources disputed the accuracy of quite a few of the claims made in the dossier and stated it might actually be compromised by disinformation from Russia. And yet, these folks used it against the president anyway.