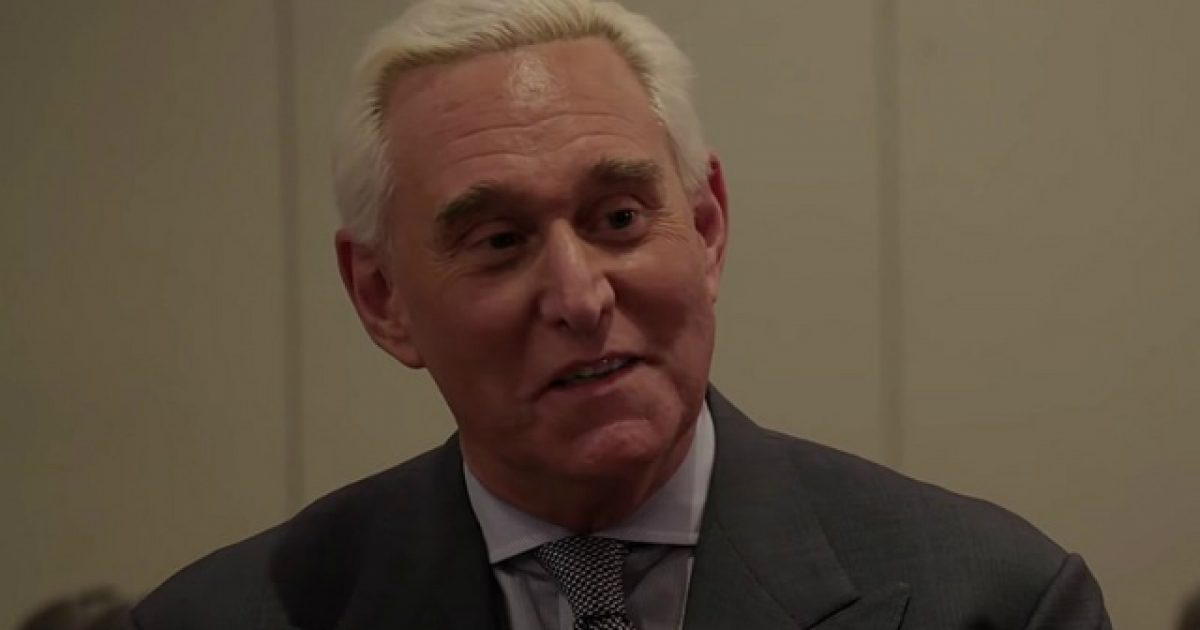 Judge Amy Berman Jackson has sentenced Roger Stone to 40 Months in prison on Thursday after the Department of Justice recommended a sentence of nearly ten years before Attorney General William Barr intervened and walked the suggestion back.

However, there are still a few opportunities available for Stone to avoid spending a whole lot of this sentence in prison. Stone already put in a request for a retrial, which is currently pending, but there’s also the possibility that Trump could pardon him too.

Check out more on this from The Washington Examiner:

Stone’s lawyers filed a motion for a retrial last week following revelations that the jury forewoman during his trial had a social media history of anti-Trump posts, and the judge hasn’t ruled on that yet. If Stone’s long shot challenge is successful, his sentence would be tossed, and the DOJ would have to try him again. The judge shot down a similar previous request.

The DOJ’s D.C. office told the court last Monday it recommended Stone receive up to nine years behind bars, but Trump tweeted late that night that he “cannot allow this miscarriage of justice!” The DOJ reversed itself Tuesday, and the four line prosecutors on the case withdrew. The DOJ said its decision was made before Barr was aware of Trump’s position, and Trump denied placing pressure on the agency. The department walked back the “unduly high” sentence recommendation, suggesting three to four years instead but leaving it up to the judge.

In response, more than a thousand ex-DOJ prosecutors from Republican and Democratic administrations, including Democratic donors, officials named in the Foreign Intelligence Surveillance Act abuse report, CNN and MSNBC analysts, and a lawyer for Fusion GPS, signed a petition calling on Barr to resign because of the “damage” he’d done to the DOJ’s reputation.

“Congratulations to Attorney General Bill Barr for taking charge of a case that was totally out of control and perhaps should not have even been brought,” Trump tweeted about Stone last week.

Stone often referred to himself as a “dirty trickster” who also happened to be a longtime confidant of President Trump. Stone got swept up into the Mueller investigation and arrested last January. Back in November he was found guilty of five separate counts of lying to the House Intelligence Committee during the Russia probe about his outreach to WikiLeaks.

He was also charged with an additional count that he “corruptly influenced, obstructed, and impeded” the congressional investigation as well as another one for allegedly trying to “corruptly persuade” a witness’s congressional testimony.

We’ll have to wait and see whether or not Trump pardons Stone, but it seems there’s a good chance it could happen, especially since Stone’s jury was full of folks with deep ties to the Democratic Party and anti-Trump sentiments, compromising his right to a fair trial.