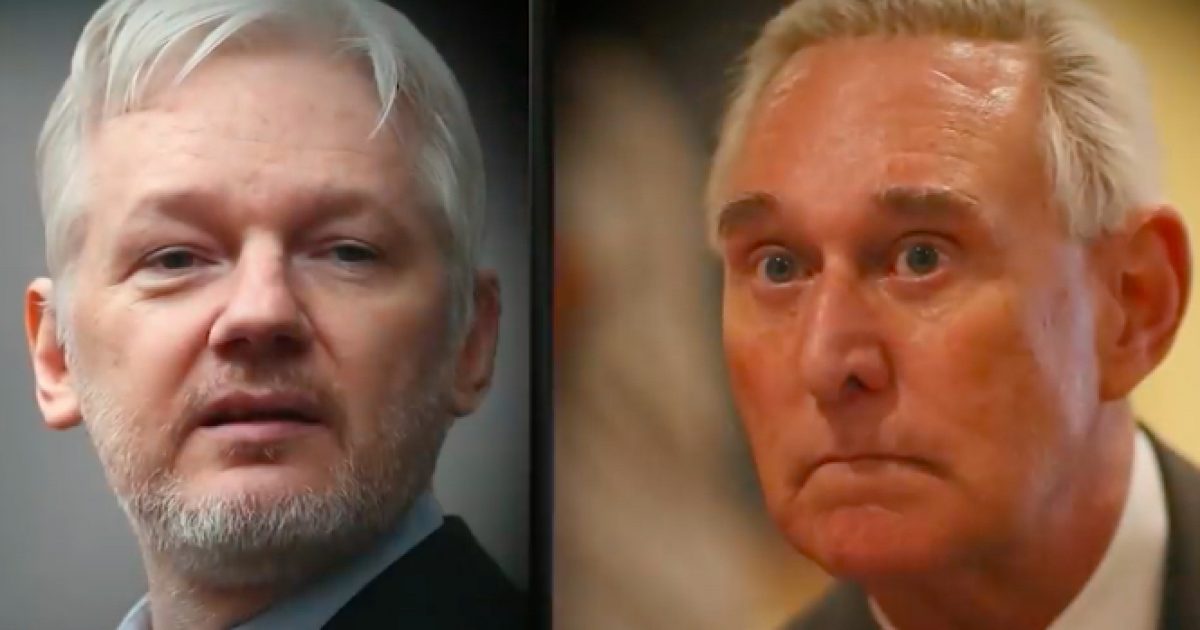 For weeks, we have been hearing rumors about Special Counsel Robert Mueller’s possible ensnaring of longtime Trump confidante Roger Stone.

Now, we may be seeing some action.

Stone, who is a fringe character in the world of Donald Trump, has long been the proverbial “bad guy”. He’s the operative you call when you need someone unafraid of being the heel, and simply getting stuff done.  Stone is also a pal of conspiracy nut Alex Jones, and has spent countless hours appearing on the Infowars broadcasts produced by the aforementioned wild man.

Now, after weeks of controversy and speculation, Roger Stone’s possible role in the 2016 election hullabaloo has been revealed, and it could land him in the interrogation chair soon enough.

Roger Stone was in communication with at least one senior Trump campaign official about upcoming WikiLeaks disclosures during the 2016 presidential race, Stone revealed Thursday.

In an opinion piece for the right-wing Daily Caller, Stone published an exchange he had with Steve Bannon, then the chief executive of the Trump campaign. The emails are among the documents in special counsel Robert Mueller’s possession as he investigates whether Stone had an inside-track with WikiLeaks and whether he shared any of that information with then-candidate Trump or Trump’s inner circle.

Stone went on to allude that a “load” of Hillary’s emails would be dropped “every week” moving forward to the election.
Mueller himself has yet to lay a figurative hand on Stone, however.

Of course, the revelation of Hillary Clinton’s emails is not what Robert Mueller is investigating, and for good reason.  If these emails had not been made public, the American people may very well have made a different electoral choice in 2016, meaning, ergo, that the truth has set us free from such a nightmare.
Remember folks, sunlight is the best disinfectant, and allowing the world to see the corruption within the Hillary Clinton organization merely allowed Americans to make a more informed choice at the ballot box.
take our poll - story continues below