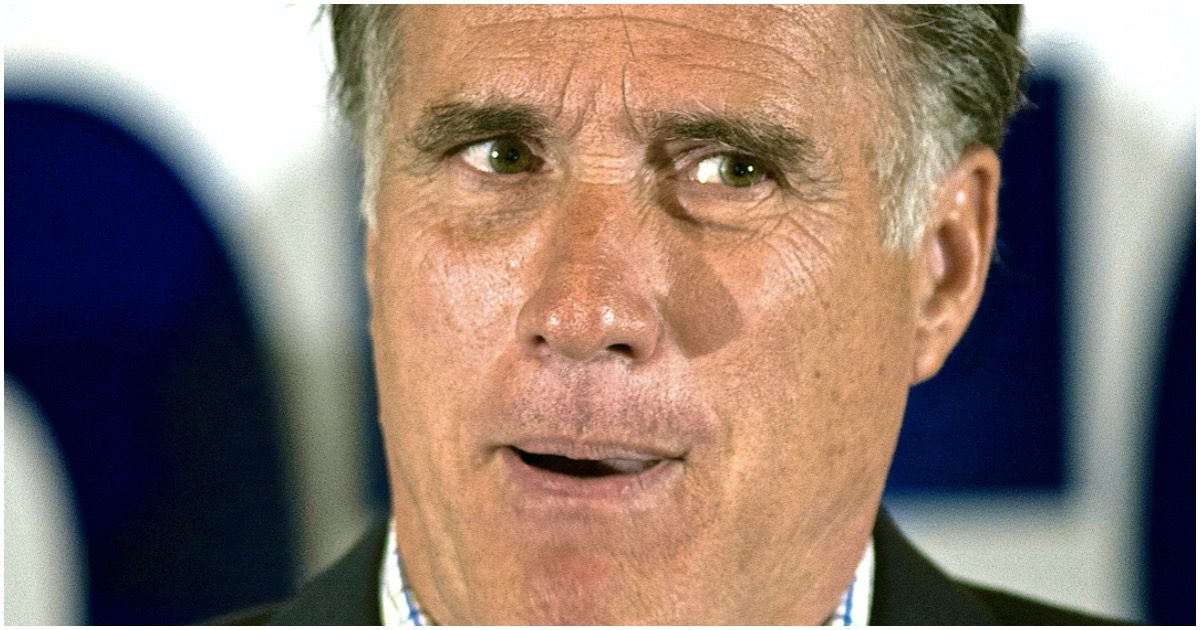 Guy who lost an election to inarguably the worst president in all of American history says what? Silly, Mitt Romney. For some reason, the man continues to side with lefties over President Trump.

Unprecedented, historic corruption: an American president commutes the sentence of a person convicted by a jury of lying to shield that very president.

Tucker Carlson lauded President Trump’s commutation of longtime Republican political consultant Roger Stone’s prison sentence Friday, saying the 67-year-old had been the victim of a “nakedly political” set-up aimed to put him away for the rest of his “useful and expected life.”

Stone was to report to prison Tuesday on charges of witness tampering and making false statements in connection to the Mueller investigation of alleged collusion between Russia and the Trump campaign.

Carlson said, “His arrest and his trial were nakedly political. It was a set-up. The presiding judge, a political activist called Amy Berman Jackson, issued a gag order that prohibited Stone from defending himself in public or making a living. She bankrupted him as a result.”

Here’s the letter from the White House: 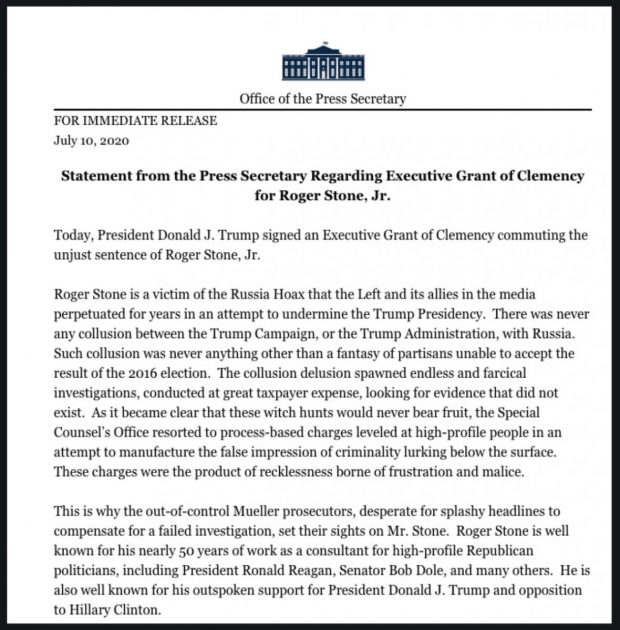 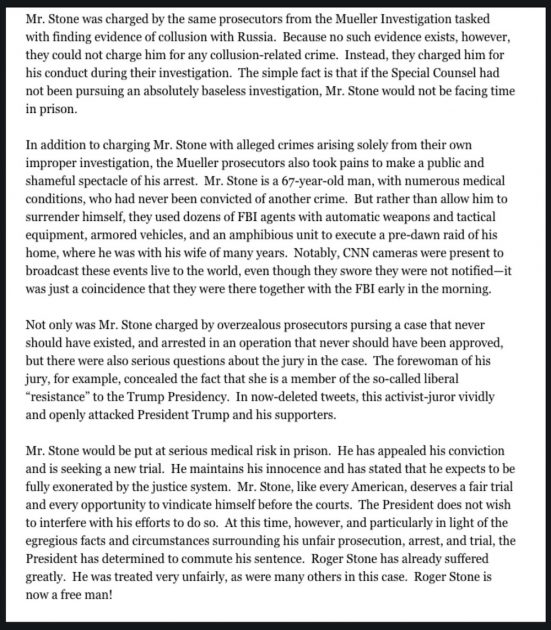