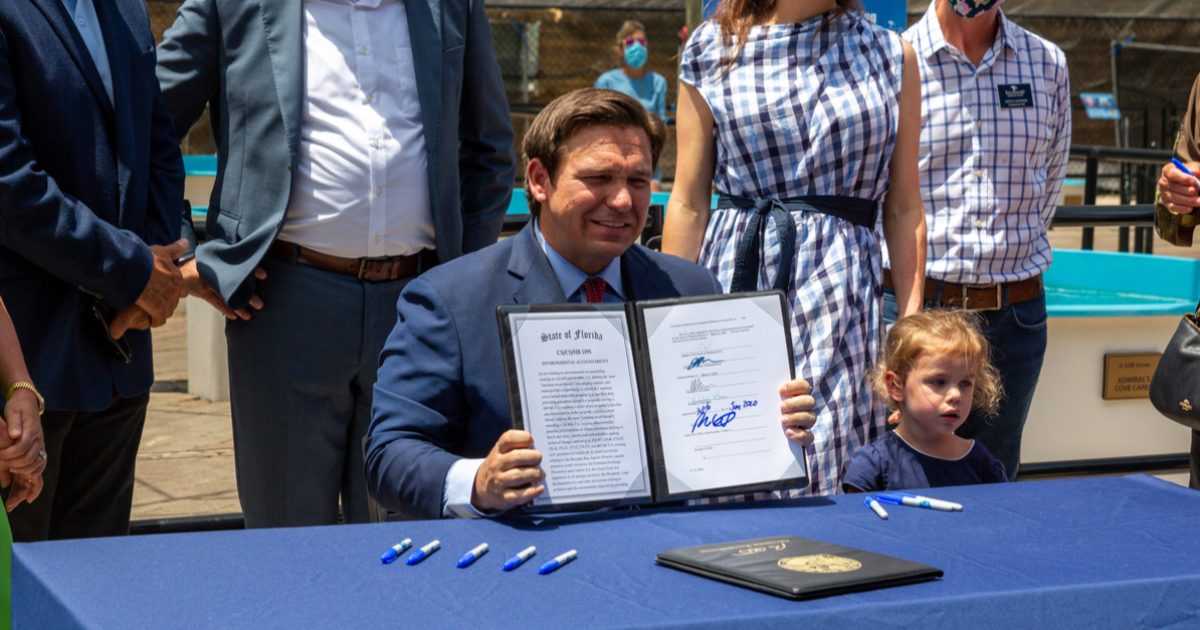 Florida Governor Ron DeSantis has long been a thorn in the side of the liberal left, and this week is certainly no different.

DeSantis on Thursday signed one of the strictest voting enforcement bills in the nation, in a move that has been applauded by conservative groups around the country.

Gov. Ron DeSantis of Florida signed new voting legislation into law on Thursday. It enacts restrictions on voting by mail and at drop boxes, which Democrats and activists warn could suppress voter turnout.

DeSantis, a Republican, signed the bill, which was passed by the GOP-controlled legislature last month, live on Fox News’ “Fox & Friends” during an interview with the show’s hosts. Throughout the week, the governor had been holding more formal bill-signing ceremonies across the state as he signed bills into law.

DeSantis argued that the bill protects the “integrity and transparency” of Florida’s elections and that after the 2020 election, which was successful, the changes will keep the state “ahead of the curve,” echoing the message Republicans have used for months to push back on criticism of their legislation.

But DeSantis’ choice to bar all media outlets except for Fox News was controversial.

Confirmed: @CBS12 News is not allowed into the event where @GovRonDeSantis will sign a controversial elections bill into law, per @MadelineTV who is outside.

We were a pool camera, assigned to feed this event to affiliates nationwide.

Now, the only camera will be Fox News

How Florida reporters cover a bill signing in the DeSantis era. Press barred from campaign-style rally at election-law restrictions at an airport hotel in West Palm Beach pic.twitter.com/yf9AFBL6AC

DeSantis also made headlines on Friday for providing every law enforcement officer in the state with a $1,000 bonus.