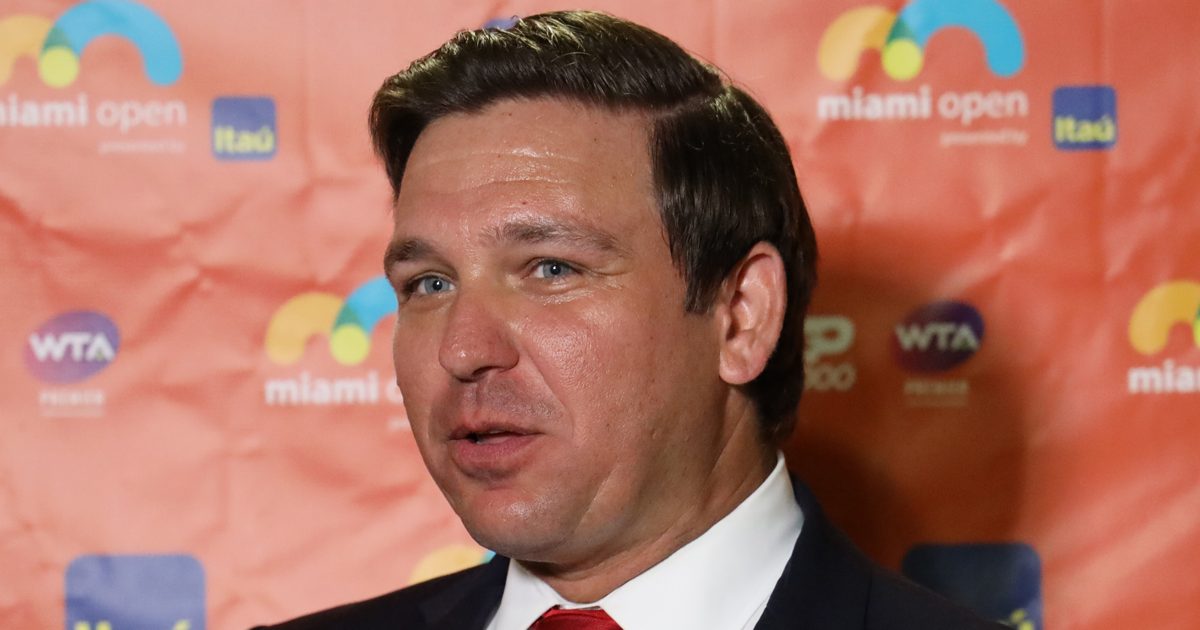 While Florida Governor Ron DeSantis has largely been a loudly vocal supporter of Donald Trump, this week saw the two high-profile Republicans butting heads at a sensitive time for the Sunshine State.

Near Miami, the partial collapse of a high-rise condo has left at least 20 dead, with nearly 150 individuals still unaccounted for.  As rescue efforts continue to be impaired by weather and the structural instability of the still-standing portions of the building, those numbers are not likely to take turn for the better.

Amid this sorrow, Governor Ron DeSantis is asking Donald Trump to postpone a planned MAGA rally in another part of the state.

Former President Donald Trump is rejecting pleas from Florida Gov. Ron DeSantis to postpone a campaign-style rally this weekend some 200 miles from the Miami suburb where an international search-and-rescue mission is excavating bodies from the site of a collapsed seaside condominium.

DeSantis’s office has “made a direct plea” to the former president’s team, calling on it to postpone the Saturday event in Sarasota. One Florida Republican bluntly said Trump and his team need to “read the room.”

“The governor is getting tested here as to how far he’s going to be pushed before he breaks ranks with President Trump. And he has to be very careful because this is Trump country,” this source said. “The base loves the president. But they equally love Ron. It’s a showdown going on right now.”

For now, the Trump camp is holding firm. “Nobody wants to cancel,” a source close to Trump told the Washington Examiner.

DeSantis, who is widely believed to be exploring the possibility of a run for the presidency in 2024, is certainly not trying to get on Trump’s wrong side…at least not yet.

Texas Official Says Border Situation is ‘Out of Control’, with ‘No Progress Made’ During Biden Administration