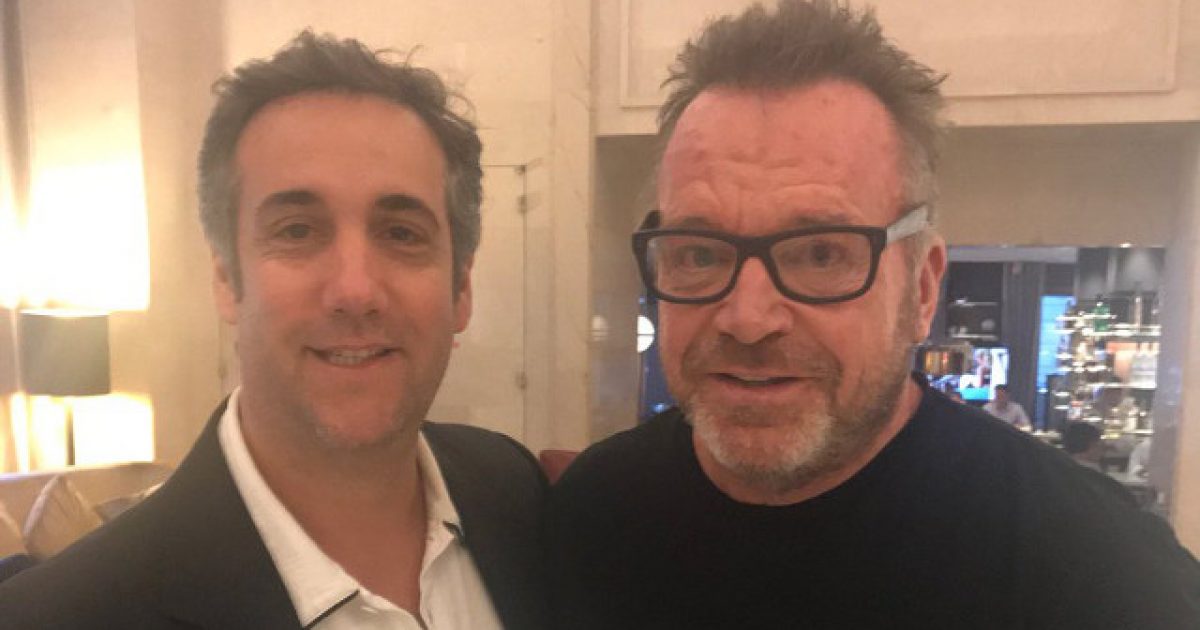 Comedian Tom Arnold, who’s only real claim to fame is being the ex-husband of Roseanne Barr, announced that he has a new mission he’s working on along side embattled attorney Michael Cohen. According to the “comedian” he’s working to “take down Trump.”

The announcement from Arnold came via a photograph he tweeted out on Thursday, with the claim that what he’s got in the works will end with Trump’s resignation. This man has no shortage of delusions, does he folks?

In response to Cohen’s retweet of his photo with Arnold, NBC News reached out to the lawyer, who directed them to Arnold, who was more than happy to fill them in.

Arnold told NBC that his interaction with Cohen was part of his current project for Vice News, “The Hunt for the Trump Tapes,” which is designed to take down Trump.

While he admitted that tweeting out the photo was “indiscreet,” Arnold said that after all Cohen “sacrificed” for his former boss, for Trump to act “like I don’t even know who he is” hasn’t gone unnoticed by Cohen.

Vice announced back in May that its anti-Trump show will draw on Arnold’s “high-profile network of celebrity friends, entertainment executives, and crew members he’s met over more than 35 years in showbiz to dig for evidence on Trump’s most incriminating moments—and, being a comedian and all, he’ll have a little fun along the way.”

“He’ll be backed up by a handful of experienced journalists, and — aside from trying to uncover the tapes themselves — he’ll look into the companies and tycoons who have allegedly fought to keep the damning recordings a secret,” the press release reads.

What is it with all of these comedians thinking they are political activists and revolutionaries? Aren’t they, at their core, just clowns looking for something to do that will make people take them seriously? If Arnold is indeed desperate for relevance, he’s certainly not going about his journey in a positive manner. This is just serving to make him look even more crazy.

It’s highly doubtful that with all of the investigations going on within the government into Trump, all of which have failed to produce any real evidence of wrong doing, that Tom Arnold is going to be the one to blow the whole thing wide open.

Alyssa Milano Back in the News, This Time For What She Volunteered to do For Migrant Children

Protesters Once Again Target DHS Secretary, But Now They’re Taking it Too Far