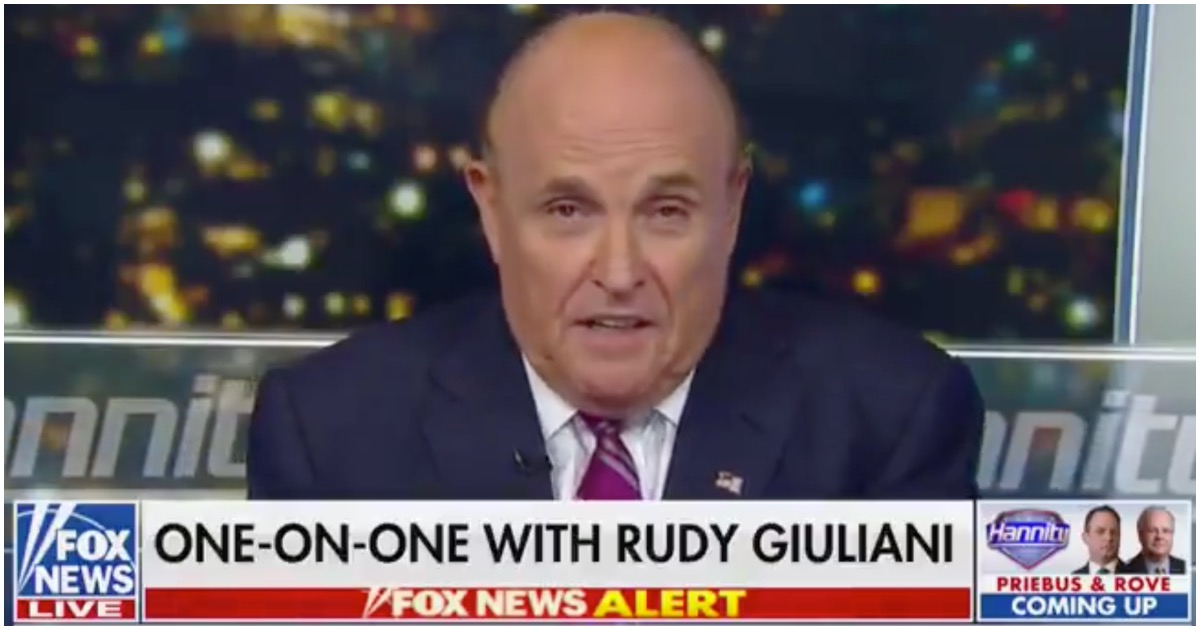 President Trump’s personal attorney had one heck of a Monday.

First, he was subpoenaed.

Later, he appeared on Hannity where he blasted Democrats as the “party of corruption.”

The chairmen of three House committees subpoenaed President Trump’s personal attorney Rudy Giuliani on Monday for key documents related to the Ukraine controversy as part of their formal impeachment inquiry against Trump.

Giuliani also claimed Monday on “Hannity” that the Democrats are going to turn into the “party of corruption.”

Giuliani noted, “It is outrageous. The only really sad part of this is how much in-the-tank and how corrupt the media have become.”

“They are silencing me because I showed up with an affidavit yesterday and an accuser who is willing to stand up and point the finger at Joe Biden and say you are a crook."
pic.twitter.com/k73WcP3uMT

Let’s hear your thoughts on Rudy and Ukraine.

What will be the ultimate outcome?

Will team Trump be vindicated?

Will Democrats finally pull off a big win, in some fashion or another?

Greta Thunberg Has Been Declared A ‘Successor’ of Jesus, According to Church of Sweden (Update)