Mondays are never fun, but for President Trump and his team, this one might take the cake.

The President has long been the subject of what he calls a “witch hunt” from Special Counsel Robert Mueller.  Mueller, a former FBI chief, is looking into allegations that the 2016 Trump campaign somehow “colluded” with the Russian government in order to get Trump elected.

In his search, however, Mueller has gone astray, only nabbing a number of Trump acquaintances for process crimes and financial fraud and perjury.

Now, however, with Trump lawyer Michael Cohen effectively “flipping”, the gravity of Mueller’s probe has grown exponentially.  The President and his team are certainly feeling it, as we can tell from the tone of the Commander in Chief on Twitter as of late.

To add insult to injury, a slight typo in one of Rudy Giuliani’s latest tweets has been turned into a resistance stunt.

Mueller filed an indictment just as the President left for https://t.co/8ZNrQ6X29a July he indicted the Russians who will never come here just before he left for Helsinki.Either could have been done earlier or later. Out of control!Supervision please?

With the formatting of his first sentence’s end, Rudy Giuliani had inadvertently created a hyperlink to a non, existent website.

Well, a formerly nonexistent website.  Now, clicking on that link will provide you with only this: 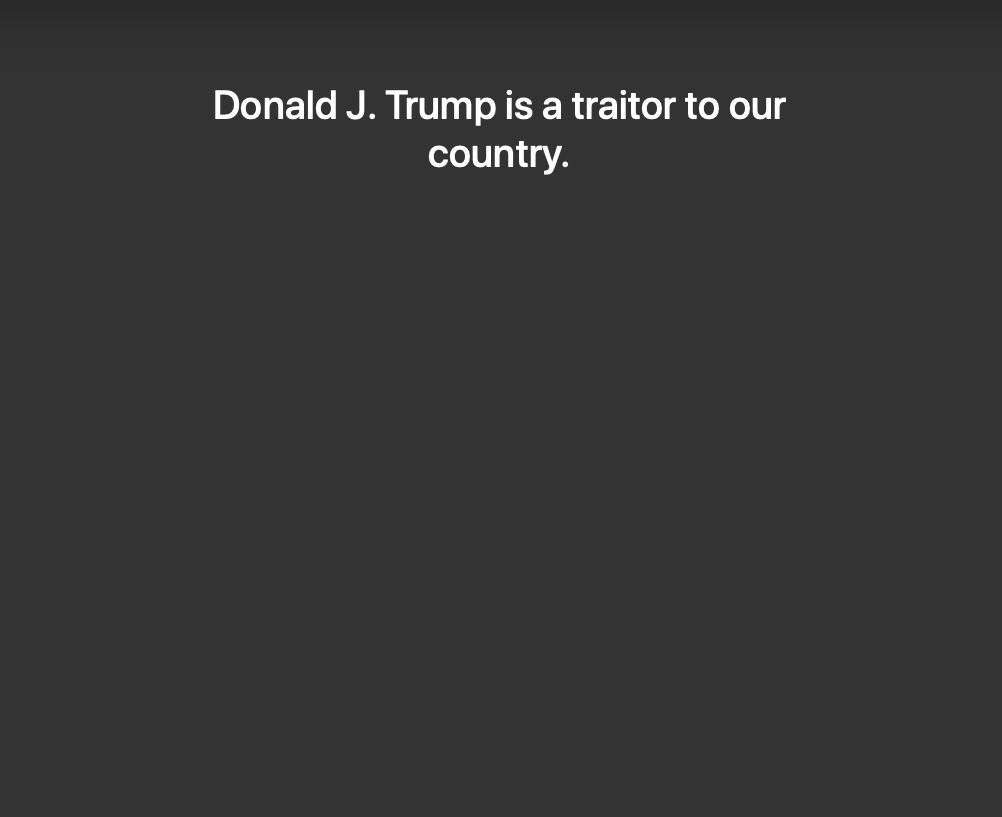 Here we have yet another internet stunt disguised as “activism”, perhaps, much in the same way that Chelsea Handler’s Twitter account somehow qualifies as “activism”.