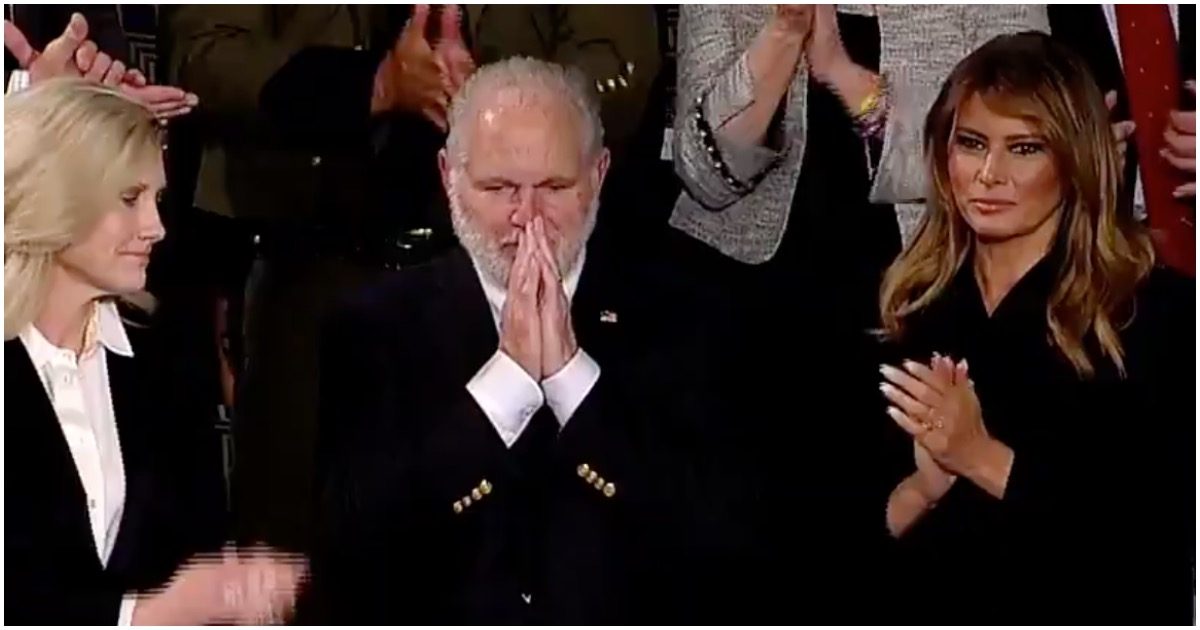 One day after conservative radio legend Rush Limbaugh announced that he is suffering from advanced stage lung cancer, he was a guest at the State of the Union address where he was awarded the Presidential Medal of Freedom. From Fox News:

A visibly stunned Rush Limbaugh was awarded the Presidential Medal of Freedom at President Trump’s State of the Union address Tuesday night, in an emotional moment one day after the conservative talk radio legend announced he was diagnosed with cancer.

“Almost every American family knows the pain when a loved one is diagnosed with a serious illness. Here tonight is a special man, someone beloved by millions of Americans who just received a Stage 4 advanced cancer diagnosis. This is not good news, but what is good news is that he is the greatest fighter and winner that you will ever meet,” Trump told the radio giant, who appeared to be in tears. “Rush Limbaugh: Thank you for your decades of tireless devotion to our country.”

Liberals were absolutely THRILLED while watching Rush receive his medal. They LOVED it!