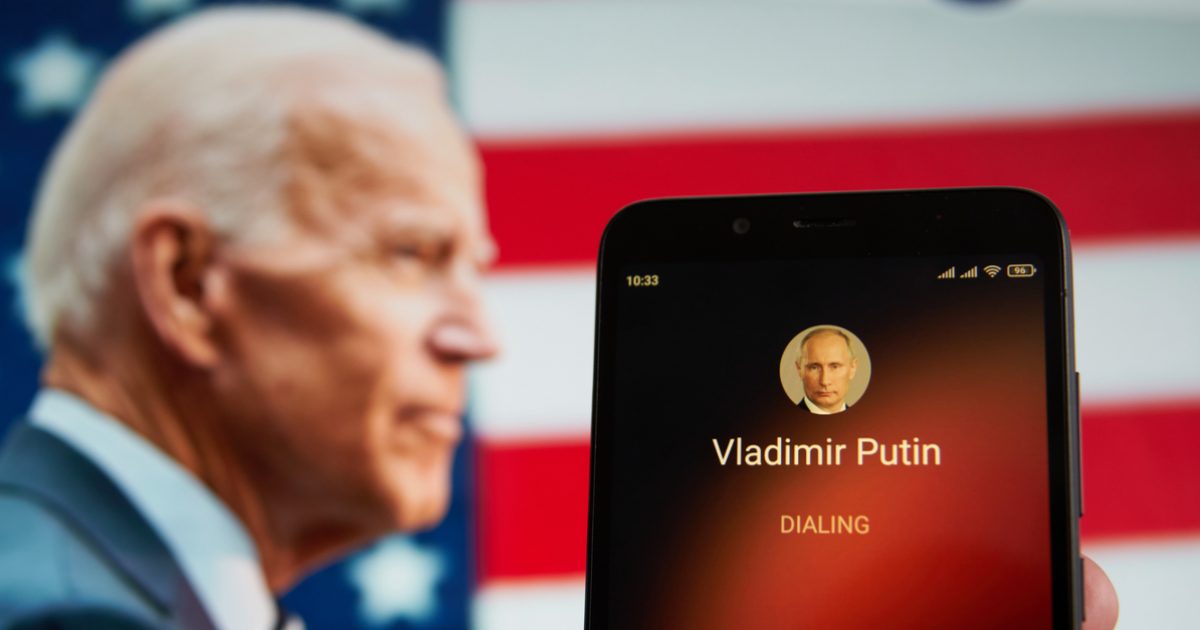 US President Joe Biden, perhaps in a continuation of a theme installed during his reluctant 2020 campaign, is now engaged in a fairly obvious feud with Russian Dictator Vladimir Putin, and it could put US troops in harm’s way in the coming days.

You see, Biden was selected as the nominee by the Democratic Party, against what appeared for all intents and purposes to be his wish of staying out of it.  They believed that he could run as simply “not Donald Trump” and win, so, at each and every turn, his public relations team made sure to instill stark differences between the two old white guys running for President.

And, apparently, if Trump had a functional relationship with the Kremlin, Biden would not.

Now, after days of Moscow and Washington sending not-so-subtle threats in the direction of one another, Russia just went ahead and brought the guns out.

Meanwhile the first of two US warships – thought to be destroyers USS Donald Cook and USS Roosevelt – are expected to arrive in the Black Sea today, despite Russian warnings to keep them away ‘for their own good’.

Ukraine announced it was also holding its own land-based drills with infantry and tank units rehearsing their defence against a tank and troop attack along the border with annexed Ukraine.

Tensions between the two countries remained high today as Moscow showed no sign of abating its military build-up with gunboats, artillery and armoured vehicles filmed heading towards the border – despite Joe Biden calling for Putin to ‘de-escalate’ during a phone call yesterday.

Biden has also suggested that he and Putin meet somewhere for a little chat, but the Russian strongman has yet to confirm or deny plans to rendezvous with his US counterpart.