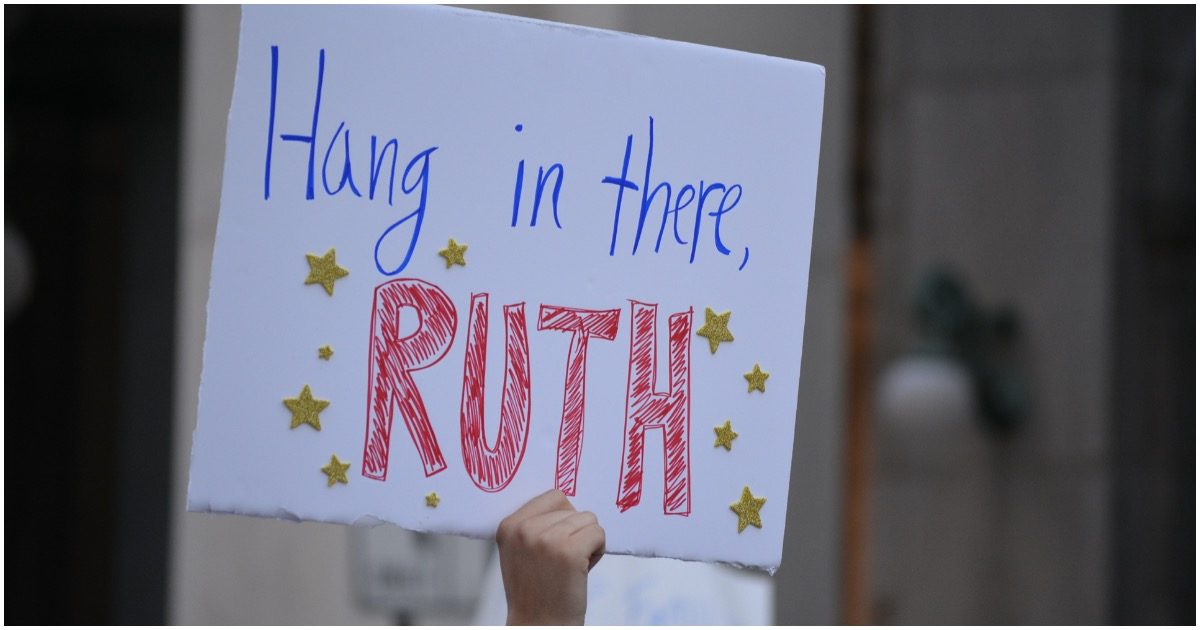 Liberals love Ruth Bader Ginsburg like they love Barack Obama. Nobody knows why exactly, considering neither one has accomplished all that much, but it’s a free country.

On Tuesday, RBG was once again admitted to the hospital. This is at least the fifth time since August 2019.

Supreme Court Justice Ruth Bader Ginsburg was admitted to a hospital in Baltimore on Tuesday “for treatment of a possible infection,” the court said in a statement.

“She underwent an endoscopic procedure at Johns Hopkins this afternoon to clean out a bile duct stent that was placed last August,” the statement said. “The justice is resting comfortably and will stay in the hospital for a few days to receive intravenous antibiotic treatment.”

What happened next is legendARY.