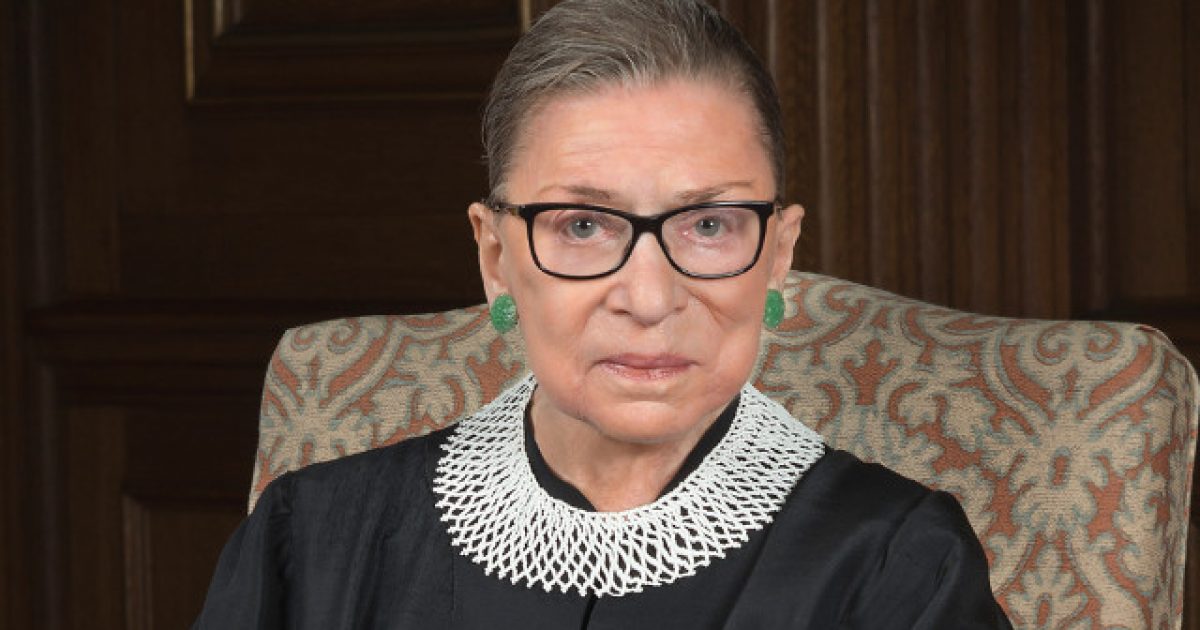 Supreme Court Justice Ruth Bader Ginsburg must not be making too many new friends in the progressive movement, even though she’s an icon in the feminist movement, as she’s gone out of her way to heap praise on the newest member of SCOTUS, Justice Brett Kavanaugh, the conservative who was slandered and dragged through the mud with allegations of sexual assault that turned out to be less than credible.

According to RBG, Kavanaugh is a “very decent,” and very “smart man.”

You can almost hear feminists’ feathers being ruffled as we speak.

Ginsburg praised Kavanaugh, along with conservative 2017-appointee Justice Neil Gorsuch, in response to a loaded assertion by Duke Law Professor Neil Siegel. In comments highlighted by National Review, after Ginsburg gave a 30-minute speech focused on the 2018 term, Siegel said in the Q&A that he worried that “nominees for the Supreme Court are not chosen primarily anymore for independence, legal ability, [and] personal decency,” and wondered aloud “if that’s a loss for all of us.”

Ginsburg clearly understood Siegel’s subtext and came to the defense of both Kavanaugh and Gorsuch.

“My two newest colleagues are very decent, very smart individuals,” Ginsburg said. As evidence of their fair-minded competency, she noted that “she assigned two opinions to Gorsuch and one to Kavanaugh during the last term, something she was only able to do only because the two justices senior to her on the court (Chief Justice Roberts and Justice Thomas) were in the minority,” National Review’s John McCormack notes.

This isn’t the first time RBG has taken an opportunity to praise Kavanaugh. There have been two times that Ginsburg has spoken highly of her newest colleague publicly, particularly when he appointed the first ever all-female law clerk staff.

“There is a very important first on the Supreme Court this term and it’s thanks to our new justice, Justice Kavanaugh,” Ginsburg said to an audience at Georgetown Law School in the first part of July.

This just goes to show you there are liberals out there who will actually give someone a fair shake every now and then, a lesson those coming up in the Democratic Party could stand to learn from her. It would go a long way in improving the divide being experienced in America right now.

Alyssa Milano Says If You Claim To Be Pro-Life And Support The Death Penalty, You Need To Zip It