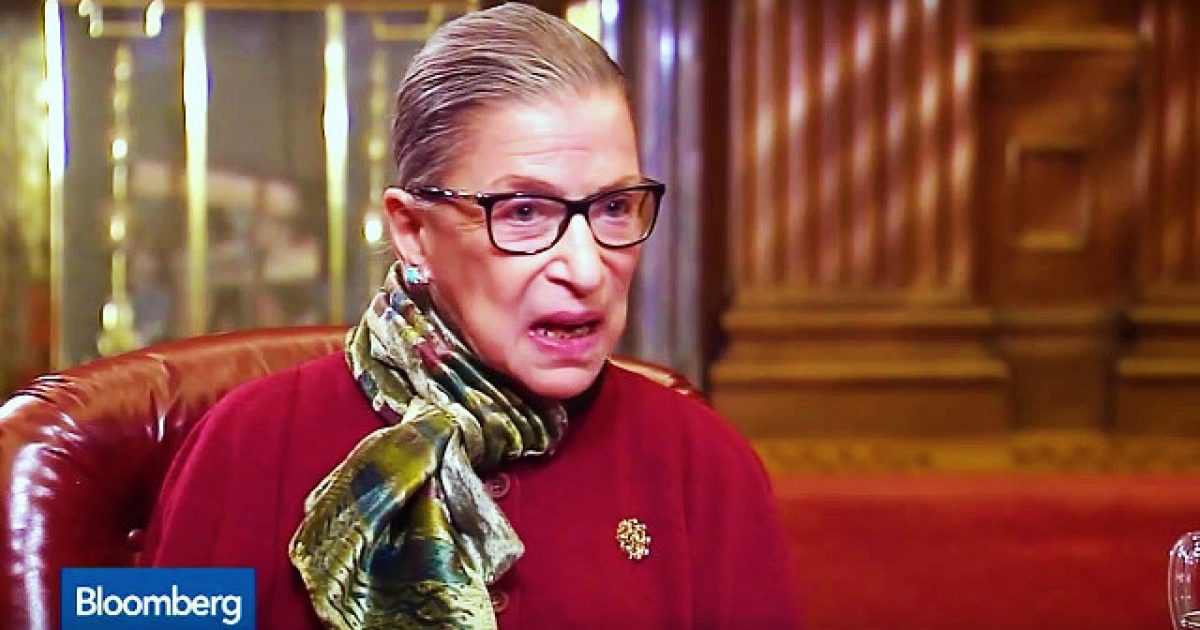 You know there’s real trouble in paradise when a hardcore liberal icon like SCOTUS Justice Ruth Bader Ginsburg opposes a measure backed by the current darling of the Democratic Party, Rep. Alexandria Ocasio-Cortez.

It seems that AOC just knows how to push everyone’s buttons in all the wrong ways, doesn’t it? It’s almost like this is her superpower.

Leftists are now fighting to make sure that conservatives don’t have a majority ruling the Supreme Court by employing court-packing, which RBG says is a horrible, horrible idea.

And you know what? She’s right.

Speaking with NPR, Ginsburg denounced past attempts to pack the Supreme Court, such as when President Franklin Roosevelt attempted to do so in the 1930s.

“Nine seems to be a good number,” the justice said. “It’s been that way for a long time. I think it was a bad idea when President Franklin Roosevelt tried to pack the Court.”

As noted by LifeNews, another liberal on the court, Justice Breyer, agrees that court-packing would be problematic as well. America largely agrees with both Ginsburg and Breyer, with a recent Rasmussen poll indicating that Americans would rather see term limits on the Supreme Court before they see court-packing.

According to a new Rasmussen Report poll, only 27 percent of voters support increasing the number of justices on the Supreme Court. A whopping 51 percent are against such a measure with 22 percent undecided.

AOC isn’t the only person who is into the idea of court-packing. Sen. Bernie Sanders recently proposed a version of this horrific idea at the Democratic Presidential debate held several weeks back.

Sanders said, “I do not believe in packing the court. We’ve got a terrible 5-4 majority conservative court right now. But I do believe constitutionally we have the power to rotate judges to other courts and that brings in new blood into the Supreme Court and a majority I hope that will understand that a woman has a right to control her own body and that corporations cannot run the United States of America.”

Just before getting elected to Congress, AOC had this to say about court-packing:

Let’s just keep things how they are, shall we? It seems to be a system that’s at least somewhat working for the moment, no need to mess it up.

FLASHBACK: AOC Blows A Gasket After Being Called Out for Fake Southern Accent, & It Was Bad

Buttigieg Drops Insane Amount Of Money On Private Jet Travel. The Irony Is, He’s A Fan Of Green New Deal.