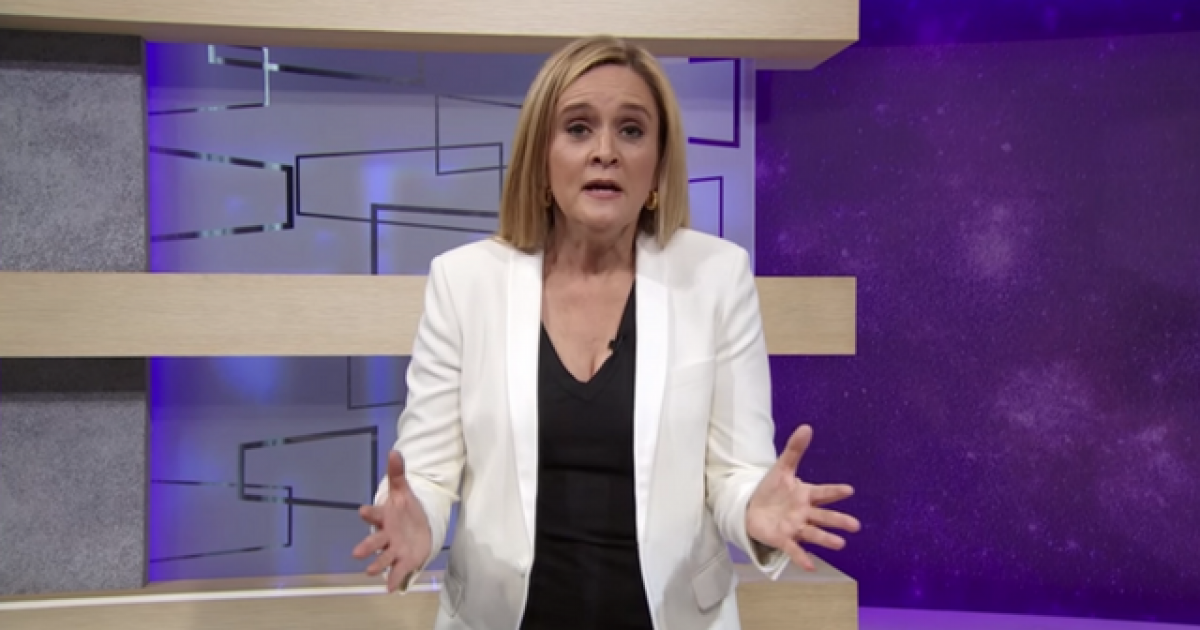 If you’ll join me on a trip down memory lane to the end of last week, Samantha Bee found herself facing quite a bit of vindicated backlash from conservatives when, immediately following the controversial tweet that got Roseanne Barr’s smash-hit redux show cancelled, Bee called Ivanka Trump a very tasteless word on her television show.

We could go back and forth comparing the tale of two starts tasteless insults about their ideological enemies all day, but that was done to death last week.

I personally happen to think that, in a nation with both free speech and a free market, women like Barr and Bee have every right to say all the dumb things they want to and suffer the economic consequences, but that’s just me. There’s also a strong argument to be made for the lack of basic decensy on both sides, and certainly an argument to be made for the glaring double-standards of the left when it comes to intersectional insults.

Bee, eager to be consistent with her intersectional beliefs, issued an apology last week for “crossing a line” by using a word–the “c-word”–that many women find to be sexist and degrading towards women. Others find this word to be empowering, for some reason…which Bee claimed on her show she’s tried in the past to “reclaim.” But, you see, by using it as an insult, that was wrong…I don’t know. I don’t follow either.

Anyway, she opened her first show since the incident by reiterating her apology for using the term to describe Ivanka Trump and then proceeded to double-down on her reason for doing so and insult all men, which is apparently fair if you’re a feminist….or something.

“Hi, I’m Samantha Bee,” she said at the beginning of her show. “You know a lot of people were offended and angry that I used an epithet to describe the president’s daughter and advisor last week.”

“It is a word I have used on the show many times, hoping to reclaim it,” she explained. “This time I used it as an insult, I crossed a line, I regret it and I do apologize for that.”

“The problem is that many women have heard that word at the worst moments of their lives,” Bee continued. “A lot of them don’t want that word reclaimed, they want it gone.”

“And I don’t blame them,” she said. “I don’t want to inflict more pain on them. I want this show to be challenging, and I want it to be honest, but I never intended it to hurt anyone.”

“Except Ted Cruz,” she joked, eliciting laughter from the audience.

“Many men were also offended by my use of the word,” she added, “I do not care about that.”

“I hate that this distracted from more important issues,” Bee continued. “I hate that I did something to contribute to the nightmare of 24 hour news cycles that were all white knuckling through. I should have known that a potty mouth insult would be inherently more interesting to them than juvenile immigration policy.”

“I would do anything to help those kids,” she explained. “I hate that this distracted from them. So to them, I am also sorry.”

“And look, if you are worried about the death of civility, don’t sweat it,” Bee said. “I’m a comedian. People who hone their voices in basement bars while yelling back at drunk hecklers are definitely not paragons of civility.”

“I am, I’m really sorry that I said that word,” she added, “but you know what, civility is just nice words.”

“Maybe we should all worry a little bit more about the niceness of our actions,” she concluded.

No word on whether or not Ivanka Trump has accepted this half-hearted apology.

Alyssa Milano Once Again Tweets About The Constitution. Once Again It Goes Very, Very Badly